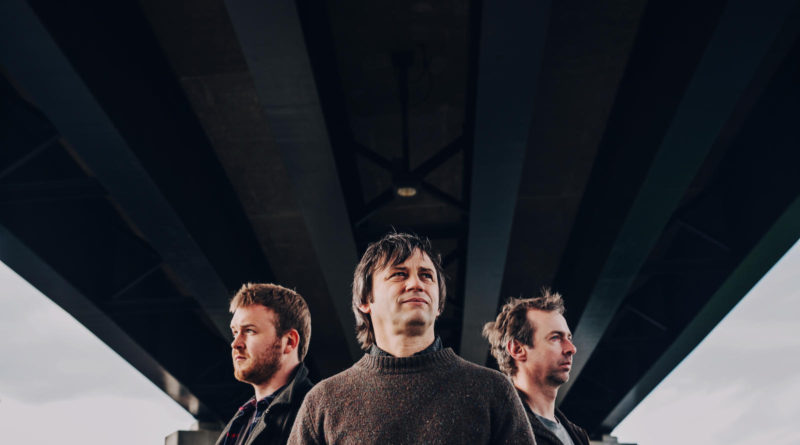 It’s great to be back in the lovely, atmospheric, St George’s in Bristol after a short break, especially tonight to see Leveret; an award-winning folk trio ‘supergroup’ made up of Sam Sweeney on fiddle, Andy Cutting on melodeon and Rob Harbron on concertina. Between them they can boast at least 6 BBC Folk Awards and collaborations with Bellowhead, Eliza Carthy, June Tabor, Roger Daltrey, The Full English, Jon Boden and many others.

This tour, of which a week remains, majors on their month old album, Inventions, a collection of their own tunes; no Trad Arr makes it on to the record but the gig itself is a seamless mix of tracks from the album, and much older folk tunes.

The audience, seated in the traditional for St George’s rows of seats, are respectful of the musicians; this is not a traditional folk gig in the spit and sawdust sense, there is some foot tapping in time with the beats marked out by Sam & Andy, and a few animated heads, but nobody is tempted to wheel up and down the aisles. I’m glad of that, I’d prefer to hear every note even if that means sitting still through 23 tracks that undoubtedly make you want to move in time.

Before the music started I was concerned that a couple of hours of three chaps playing their instruments without any singing (Andy: ‘It’s not that we can’t sing, just that I think we sound bloody awful’) would be enough to hold our concentration. I needn’t have worried, the music really does hold its own, and I found myself staring, seemingly endlessly, at the musicians fingers, attempting to work out exactly who was responsible for each note.

Leveret are coming back to Bristol next year in a triple-header with Spiro and Three Cane Whale, I’ll be there and I’d really recommend catching one of the remaining dates in this tour if you can. This is folk at its folksiest, but anyone who enjoys music would find something to love here.