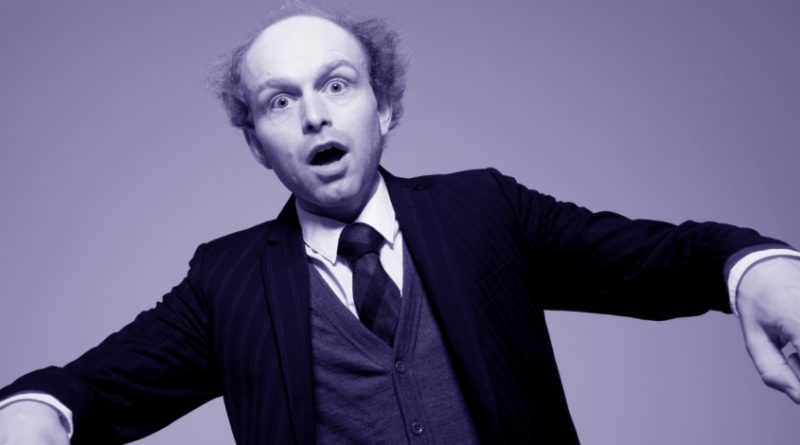 The Wardrobe Theatre always feels pretty intimate and friendly; I guess this is inevitable due to its size and the fact that it is attached to a really good bar which always serves a fine selection of ales. However, with last night’s performance of Posthumous Works, a show by Danish company Out of Balanz, Written by Ivan Hansen, Katrina Bugaj, Troels Hagen Findsen, directed by Katrina Bugaj and presented by the Tobacco Factory Theatres Beyond season, the atmosphere was even more friendly and welcoming than ever. The show is a one man monologue performed by Ivan Hansen, and he was at the door to greet us all as we came in. I found it hard to tell if this slightly odd man was in character yet, but regardless, he welcomed us like old friends as we found our seats chatting to us almost constantly.

The show itself is a reflection on life, love and all the things you have to leave behind. Hansen has cycled all the way from his beloved Denmark to bring us this tale, and not even the theft of his beloved bicycle was enough to dampen his enthusiasm. The narrative can sometimes be rambling but never incoherent, and I got drawn into the story so completely that at times I was only semi-aware I was surrounded by other theatre goers.

I was tired when I came to this show, and I have to admit that I was not at all in the mood for theatre reviewing. In that respect though, the show was perfect for me. I couldn’t help be charmed by Hansen and his quirky and eccentric persona. His childlike joy as he recounts tales of foolish but character-building friendships, first loves and saying goodbye to loved ones left me smiling, and others laughing, although very much with him rather than at him. His explanation of the bubbling up of electricity when your first love walks into the room was so beautifully descriptive it gave me a nostalgic glow of remembrance. The way he described landscapes, islands and bicycles with such an attention to detail was strangely hypnotic. I left the auditorium not quite sure exactly what it was I had just witnessed; perhaps that was the tiredness but whatever the case it really didn’t matter. The whole show was like a warm pair of well-worn slippers, comfortable and familiar, and we all left feeling genuinely like Hansen appreciated the time he spent with us as much as we did with him.

Posthumous Works is a good night out in a great venue, and is on until the 14th April at The Wardrobe Theatre.