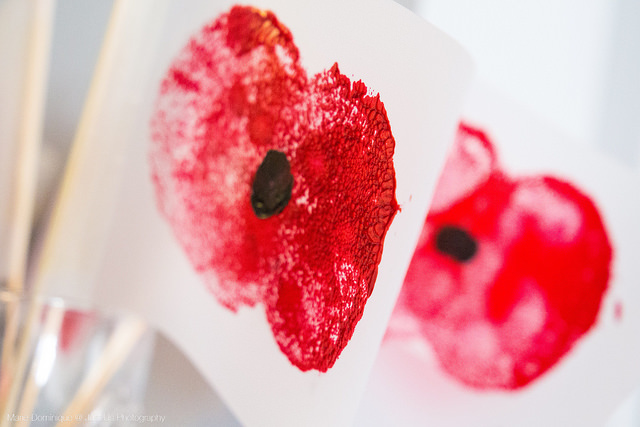 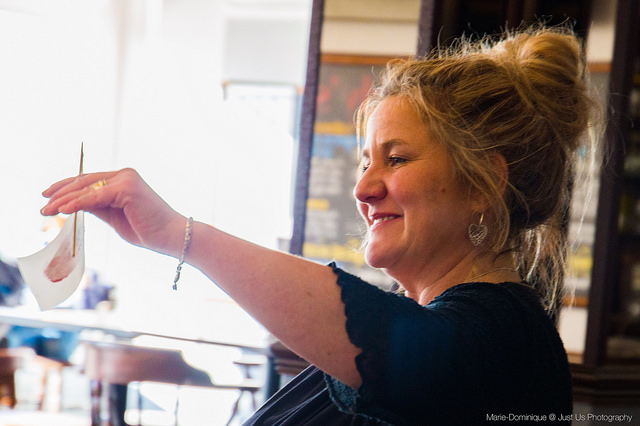 Artist Helen Wheelock has been working with members of the local community ahead of 14-18 Now’s Pages of the Sea, brought to Weston-super-Mare by Theatre Orchard. The main event takes place from 1 till 3pm on the beach by Weston’s Grand Pier on Remembrance Sunday and includes a lots of activities and performances (more information can be found on Theatre Orchard’s website)

Helen has been making ‘Flag of Remembrance’ with a whole range of community groups, including Scout cadets, schools, elderly residents, the police, lunch clubs and arts groups in Weston’s South Ward. She shares with us some of the memorable conversations she’s had this week:

I was introduced to a 95 year old Gentleman called Patrick, who is an Alliance Homes tenant. Patrick wrote his name on a flag  and said he had served in the Merchant Navy on GO4 HMS Onslaught a Destroyer ship.

The day he left school, Patrick wrote a letter to Plymouth asking to join the Navy and a couple of days later he received a train ticket, just after his sixteenth birthday, which was bound for Scotland. Patrick’s Father had served in the First World War and had been called up for duty in the Second World War, only 3 weeks before Patrick left for Scotland. Both Patrick and his father returned home from war.

Patrick said goodbye to me but 30 minutes later he appeared again with a bag that had an old video in it called ‘The Murmansk Convoys’, a documentary on one of the journeys Patrick had been on. He told me had never had to wear his khaki uniform or use his rifle on land, of which he was grateful.

He shared one of his memories, which was watching a German war ship get hit by a torpedo and witness it slowly sinking.

Patrick travelled the world whilst in the Navy and had visited places such as Japan and Australia. “I enjoyed my time at sea, I made lots of friends and was privileged to travel the world”

I also met with a lady who told me that her mother, Joan Launge, aged 21, worked in a Cardboard coffin factory in Tilbury in 1942. Her dad was in the Navy and worked on the Norway food convoys.

Joan and her friends used to write letters and pop them into the coffins. Unfortunately she got caught doing this and got called up to the office. the letter read:

“To whom may lay here. Please contact the above and may you be tall, dark and handsome!”

I also engaged a conversation with a Gentleman, a PTSD sufferer, who has been in more recent combat. He told me:

“People tell me I am a lucky one but when I saw my friends and colleagues die around me, I  wish I had gone with them, the day they died was when I died inside too”

I have had heard some amazing stories, laughed with some of them and shared tears with others.

Wow, Helen, what a lot of poignant stories we have between us. Thanks to everyone for sharing. And those flags are going to look and sound so impressive, flapping in the wind, planted on hundreds of sandcastles this Sunday.  See you there! 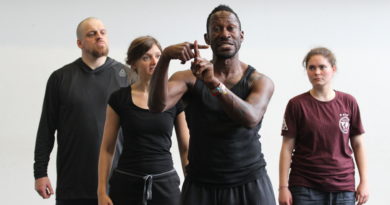