This Christmas, The Playhouse, Weston brings another family favourite to the town and, from what we’ve seen in a sneak preview, it will include brilliantly naff jokes, a bit of glamour, quality singing and the right amount of camp.

Olivia Gray and I went to chat to the cast of Snow White and the Seven Dwarves and to listen to some of their silly/scary banter and impressive singing on stage.

A household name since the 1970s and having clocked up an immense number of soaps, chat and reality TV shows, Linda Lusardi plays the Wicked Queen; with some 25 pantomimes under her belt, she really seems very much at home in this genre. She has appeared alongside Leslie Grantham and even the legendary Norman Wisdom with whom, she tell us, she became great friends (he was at her wedding). Olivia asks whether she has a warm up routine and Linda says that, although she doesn’t have a regular ritual, she controls her pre-performance nerves by placing herself in a bubble and imagining that the audience is full of friends and family, egging her on and wishing her well, which we all are, of course!

This pantomime may be slightly unusual in that Linda’s real life daughter, Lucy Kane, plays her story rival and step-daughter, Snow White. The pair, one imagines, must have great rapport on stage. They have performed together when Lucy was a (child) Fairy of the Forest and they even appeared in Cinderella with their husband/dad, actor Sam Kane, and son/brother Jack back when Lucy was just 12 years old. So, you could say that she was almost born to be up there. Lucy is now famous-in-her-own-right as a result of her powerful performances on TV’s The Voice 2017 (Team Tom) – her rendition of Etta James’ At Last here at the Playhouse demonstrates her confidence and vocal flexibility, all-important for the role of Snow White. Look out for Lucy’s debut album next year!

The Dame of 2018 is Nurse Nellie, played by Richard Allen, a panto pro, having appeared in some eighteen, this being his eighth experience of dressing up in outrageous female costumes – changing at such a dizzying rate during the shows (13 costume changes in this one!!) makes each performance go really fast, he tells us. Originally, he didn’t even want to be the Dame but he was cast in the role as he made such a natural one and from the little we saw today – we’ll second that opinion.

Pulling all this together is Mike Goble, the Writer and Director who also steps in the shoes of love-struck Muddles (last year’s WsM Playhouse panto goers will know him as Wishee Washee). Mike and Richard have been working together for some years and that must help with Mike’s writing. But Mike, don’t you save all the best lines for yourself? No, he assures us, this is about the team, telling the story with clarity and not segmenting the characters but ensuring they all work together. That way, the cast enjoys themselves and so do we, the audience.

The cast are still looking for another actor to play one of the dwarves so if you know anyone, ask them to get in touch.

Auditions for the Junior Ensemble will be held on Sunday 23rd September, 10am-5pm, on The Grand Pier and is open to girls and boys, aged 7-15, of all abilities. To register, please email PaddyPlayhouse38@gmail.com

Snow White and the Seven Dwarves runs at The Playhouse, Weston from 13th December until 5th January. Hurrah! 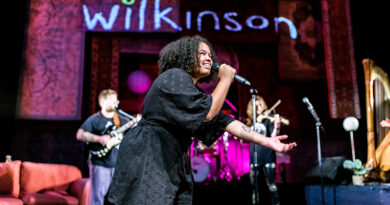