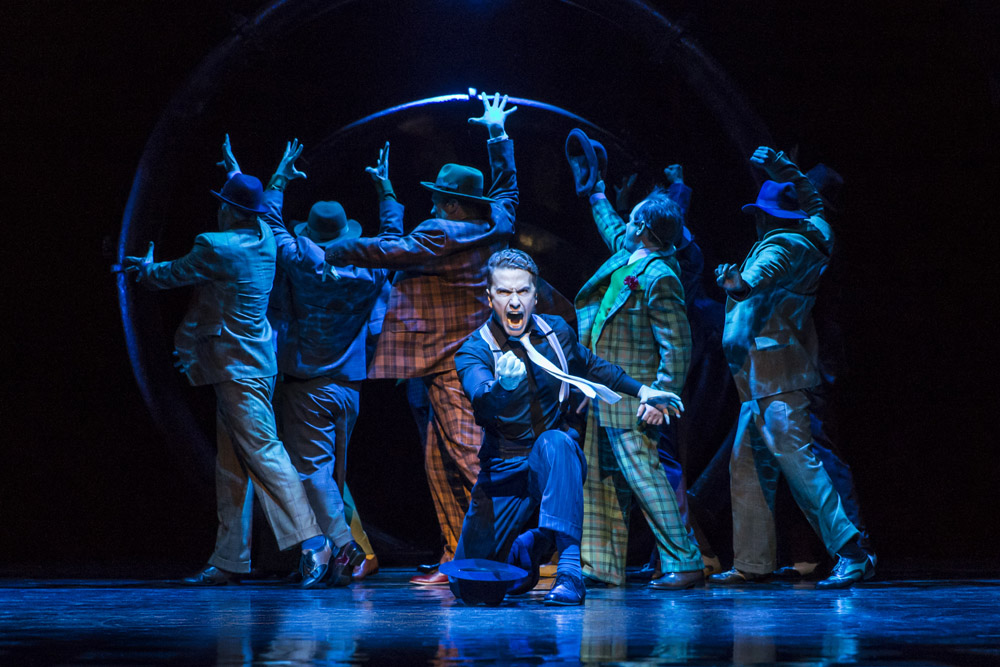 I have slightly mixed feelings about Guys and Dolls, which I watched at Bristol Hippodrome on Tuesday 12th July – it didn’t become my new favourite musical, or even enter the top ten, but did feature one of the best song and dance numbers I’ve ever seen.

With music and lyrics by Frank Loesser and the book by Jo Swerling and Abe Burrows, Guys and Dolls is based on one or more of the 80 or so stories written by Damon Runyon between 1930 and 1946, inspired by Broadway and its people – an unlikely tale of love featuring gamblers, gangsters, nightclub singers and members of the Save-a-Soul Mission who are determined to make all sinners repent.

With set and costumes by Peter McKintosh and lighting by Tim Mitchell, this Chichester Festival Theatre production of Guys and Dolls looks spectacular. It sounds fantastic too, Loesser’s music played beautifully by a live orchestra under the direction of Andy Massey, and the choreography, by Carlos Acosta and Andrew Wright, is as good as you would expect from those two names.

The casting is great, led by Richard Fleeshman as Sky Masterson (wow, what a voice), Maxwell Caulfield as Nathan Detroit, Louise Dearman as Miss Adelaide and Sarah D’Byrne as Sarah Brown. Jack Edwards (Nicely-Nicely Johnson), Mark Sangster (Benny Southstreet), Peter Harding (Arvide Abernathy) and Cameron Johnson (Big Jule) all deserve a mention but there appeared to be no weak links.

Personally I found the first act a little slow in places and, although I enjoyed songs such as A Bushel and a Peck and Adelaide’s Lament, a little lacking in showstoppers.

That changed after the interval when the pace certainly picked up. Luck be a Lady, and the crapshooters’ ballet that precedes it, were fabulous but the show was well and truly stopped by Sit Down, You’re Rockin’ the Boat, the song and dance number I refer to in my opening paragraph. This routine was stunning in every way, receiving an audience reaction quite unlike anything I’ve seen or heard before; definitely the show’s highlight.

Guys and Dolls plays at Bristol Hippodrome until Saturday 16th July and if you like your musical theatre traditional and beautifully performed it’s one to see. 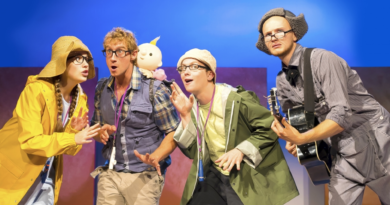