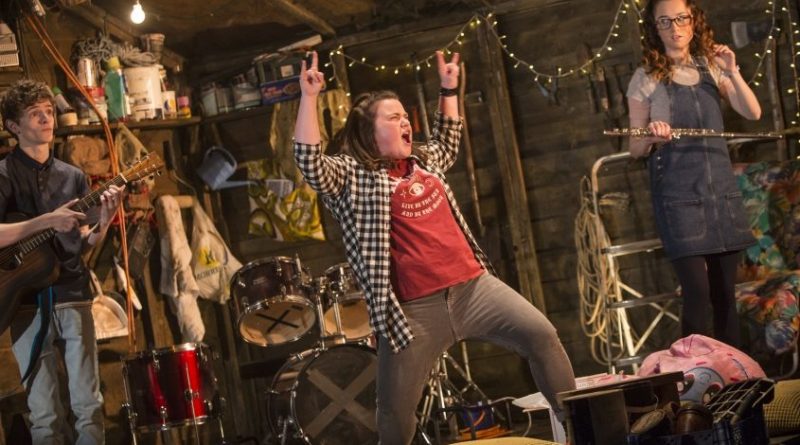 I never got on particularly well in school. Don’t get me wrong; I passed all the exams I needed to with good grades and had a small crowd of good friends, but I very much kept my head down to avoid any trouble and I made myself into a social chameleon to fit in. I got on with the geeks but was never quite one of them because I just wasn’t quite clever enough. The cool kids accepted me but they knew I wasn’t one of them, so they were never really my friends. Through luck rather than judgment, I survived. Then came the best two years of my life, when I headed off to college in another town. All those people like me; all those people who never quite fitted in found each other, and I in turn began to find myself. Tonight, I watched Broken Biscuits at The Tobacco Factory Theatre, and was transported back to those sometimes painful, excruciatingly awkward but thankfully also joyful years where I moved from childhood into adulthood. Broken Biscuits is written by Tom Wells and tells the tale of Megan, Holly and Ben in their post-GCSE summer. Megan (played by Faye Christall) is loud, big and brash, traits that you can’t help think come from her insecurities about who she is. Holly (played by Grace Hogg-Robinson) is the most self-assured of the three but a dyed in the wool geek, most at ease when in the IT suite coding, or when hunting down Pokemon beasts on her phone. Ben (played by Andrew Reed) came out as gay to his friends a while back but is clearly still exploring and coming to terms with his sexuality and masculinity. This is not easy when your Mum’s new boyfriend also comes with two sons who are the epitome of ‘proper’ lads; fighting, cars, girls, fishing… Ben loves mood boards and textile design. They were the misfits in their school, the kids who got bullied and that probably didn’t get invited to any of the parties. They are losers, but Megan has a plan to turn their fortunes around. What is cooler than being in a band? These three friends have two months to reinvent themselves before they start fresh in a new place. Can they change the trajectory they are on, or are they destined to be losers forever?

Before the show started I was slightly concerned about the running time. An hour and a half is an odd time for a show to run, a little too short for an interval but potentially too long to be seen in one sitting. In that respect my concerns were absolutely correct. I enjoyed the show; it was easy, funny and beautifully bittersweet. However, there were a few moments where I found myself drifting and being certain that the show was too long. This is definitely a show that could do with editing, tweaking and revising to make it shorter, sharper and more powerful. That said, there were some moments of absolute beauty. The scene where Ben sings his song whilst wearing his glitzy dress showed this character’s vulnerability, but also made you certain that he will find his feet, find his tribe and be more than happy in his own skin. Holly gave us a moment that really made me smile. This geeky female coder (kudos to the writer because how easy it would have been to make this character male) slowly came to the realisation she didn’t even really want to be ‘cool’. What she wanted was to get to know herself better, to be who she was without having to apologise, and then, well, be more of that. The dialogue was laugh out loud funny in places, and I’m certain that everyone in the audience could relate to a lesser or greater extent to the awkwardness of these characters, their struggles to establish themselves in the world and how vital their friendship with each other was to survive.

The young actors were excellent in their ability to drive forward the dialogue over the duration of the show. Yes, maybe it was a little long or could have done with an interval, but the audience clearly loved it. At the end, one young man jumped to his feet as we all applauded, the show had clearly really spoken to him. Maybe it was just me, but I sensed a camaraderie with my fellow audience members. Many of us were probably those geeks or misfits who fought hard to find our places in the world, but who know now we have done alright. Seeing great theatre at the Tobacco Factory Theatre on a Friday night with my very own intelligent, handsome, talented, geeky man who is also incredibly comfortable in his own skin? I think my life has turned out more than OK.

Broken Biscuits is playing at the Tobacco Factory Theatre in Bristol until November 26th. Full tour details can be found here. 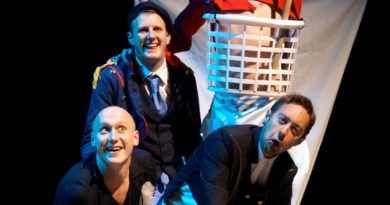