Having seen Harry Baker perform a few times I was excited to see he was back in Bristol for the first night of his UK tour. Harry has developed his performance and teamed up with his BFF Chris Read combining spoken word, song and guitar music.

The audience was notably younger than usual at the Wardrobe theatre, with a high number of well-groomed young men with waxed moustaches. A brazen anticipation was bubbling in the air before the first act Gecko emerged. Harry and Chris teamed up with Gecko after their successful sell out run at Edinburgh Festival. Gecko sings about all the important issues in life: Eastenders, the tooth fairy and libraries, to name a few. His playfully dry humour had the audience mesmerised; many people got to their feet to deliver rampant applause at the end of his act. My companion for this evening was my sixteen year old son and he absolutely loved it, inspired by sharp wit, verbal dexterity and occasional references to mathematics – it was an inspiring evening for him.

Harry and Chris deliver the pun-tastic second half , where they wisely and generously poke fun at themselves as ‘wholesome inoffensive people’, claiming that their ideal demographic is a Christian youth worker. It feels like a privilege to see these performers at the beginning, as their careers are taking off. Their unapologetic joy in the world and generosity of heart towards each other and the audience is heart-warming. Although each performer gives a distinct nod towards the political climate and the general shitiness that is going on a global scale, they stay focused on hope. It is life-affirming (almost a religious experience ;)) to see the spoken word scene embraced so passionately. I noted a number of performers from various spoken word nights in the audience, the talent and skill in Bristol is incredible.

My personal favourite was ‘Let’s all Play Monopoly’, a parody of a One-Direction song. For me it summed up the love of play and abundance of time to play. I left feeling uplifted with the words of the last song in my head ‘Give me Simple Times’ and ‘What a Wonderful World’. Thank you Harry and Chris + Gecko for bringing sweet, sensitive insights and refreshingly smart word-play into the world. 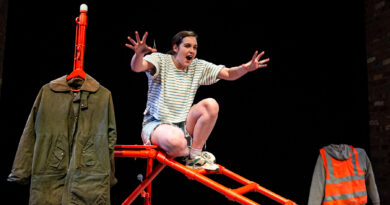 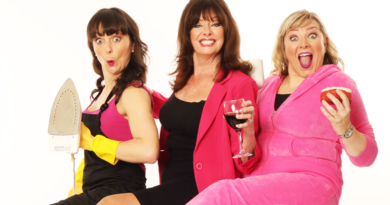