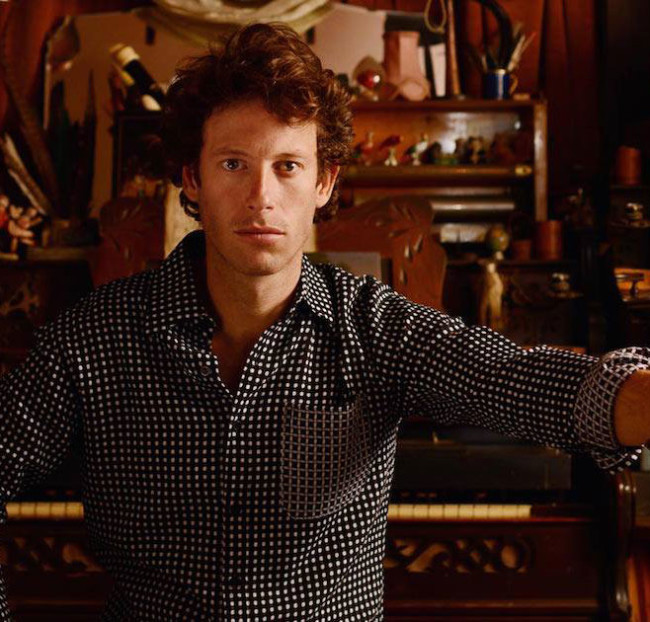 Mercury Prize nominated Sam Lee is a collector of folk songs. A four year apprenticeship with Scottish singer Stanley Robertson led this young man on a quest to travel the British Isles, visiting Traveller and Gypsy communities all around and discovering for himself living folk singers whom he has documented, recorded, reinventing their sound to create his own, along the way more than echoing their natural essence in a firm yet skewed nod to tradition.

During his appearance at Bristol’s beautiful concert venue St George’s, Lee tells us of his fascinating journeys and of the lives and homes of the people he has met, some of them in the kitchens of chalets off the M5, another in a family caravan under a flyover in Shepherd’s Bush, his mentor in Aberdeenshire, a forgotten songstress in Ireland. It’s heartwarmingly obvious that Sam Lee is in love with his craft, spellbound by the musical tales he has heard, honoured to have met their storytellers. His is a passion that shines out to be absorbed by his audience, infecting us all, encouraging us to go back to the source of folk music, to understand it.

On stage, Lee is joined by an equally young and passionate band, each accomplished musician there to help him recreate these songs of old, morph them into the unique. The first number, ‘Wild Wood Amber’, is at once melancholic and innovative, Lee’s smoky vocals working strangely well beside percussionist Josh Green’s attack of Flora Curzon’s lively violin with a pair of chopsticks. And then, in the discordant lament ‘Over Yonder’s Hill’, Jon Whitten thrashes his ukulele, while Lee drones out the unusual sounds of the shruti box. After the interval, the band grows with the presence of Bristol based Francesca Simmons on violin, who does a mean turn on the bow to Robertson’s ‘The Moon Shone on My Bed Last Night’ (leading Mark and I to debate why the bow had gone out of fashion, eventually attributing its hopefully only temporary demise to overkill by 1970’s TV comedy). The collective effect of this unexpected mix of instruments and styles is beyond fresh (watch out for Whitten on the dulcimer too).

Many of the songs here come from Lee’s newest album, The Fade in Time, including my personal favourite of the gig, ‘The Moss House’, a mournful Irish number, collected by Lee from a woman called Sally who had not sung for at least 30 years when she relayed this tale of colonial woe to him and to the gaping mouths of her unknowing grandchildren. Lee has kept it stripped down, the hauntings of his voice accompanied only by Whitten’s piano.

Oh, but there are so many stories to tell you. Best you have a listen to Sam Lee yourself and enjoy a  generous serving of British folk music history done the 21st Century way. You’ll be glad you did.