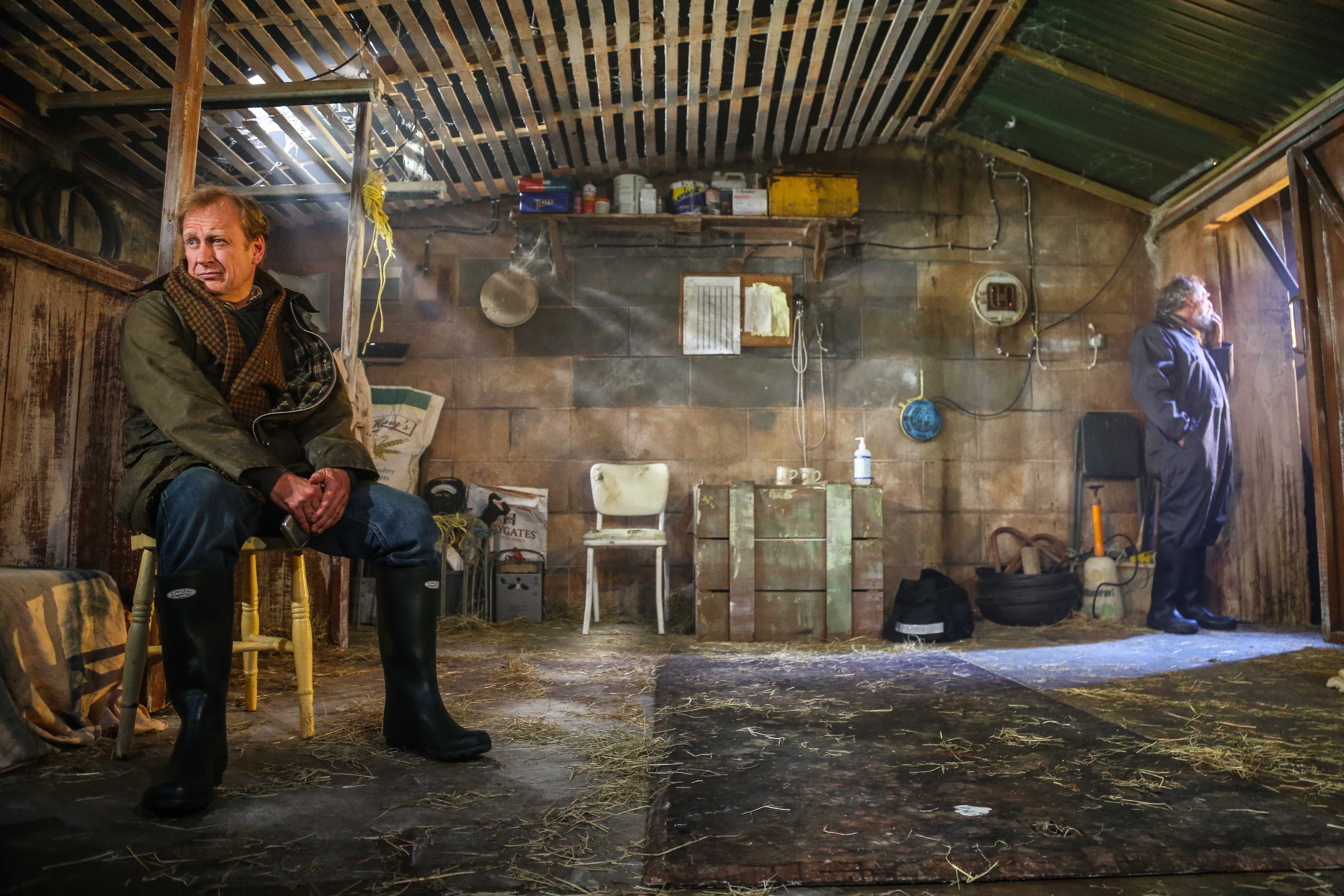 On the evening of Wednesday 7th October I went to see ‘And Then Come The Nightjars’ with Karen Blake at the Bristol Old Vic Studio Theatre. 2011 saw the 10 year anniversary of the foot and mouth outbreak which decimated the agricultural and cattle industries across the UK. This milestone passed relatively unnoticed by the mainstream media but it motivated writer Bea Roberts to put pen to paper and the resulting play is one of the best pieces of theatre I have ever had the pleasure of watching.

Widower Michael, wonderfully played by David Fielder is a dyed in the wool Devonian farmer and the last of his family to run a dairy farm. He had just enough of the ‘sweary Devon Jethro’ about him to provide some fabulously funny moments but was portrayed in a way that still allowed you to really care about his plight and that of his beloved cows. Farming is hard, hard work. Raising livestock is doubly so with the relentless twice daily milking routine and constant pressure to maintain the health of your herd. As such, a farmer’s relationship with his vet is an intensely close and personal one as the vets are ever present throughout the lives of the cattle. Nigel Hastings played the vet Jeff, an undoubtedly skilled vet but a flawed character at heart. Because of the close camaraderie he shares with Micheal, he takes it upon himself to break the news that Michael’s herd is to be slaughtered in line with government policy, despite having been given a clean bill of health. His cows are too close to a confirmed foot and mouth case and in one fell swoop Michael sees his life’s work and passion slaughtered, piled up and burnt. It’s important to remember that this was happening all across the country and to those in charge of the cull these people and farms were names on a list, a pin on the map; a means to the end of stopping the spread of the disease. Roberts’ play succeeds so well because it’s personal, not only to Michael but also to Jeff whose life takes a turn for the worse as he becomes estranged from his wife and daughter while struggling to deal with having been the man in charge of destroying his friend’s livelihood. Drunk and destitute, he is taken in by Michael as a lodger.

You might have read so far and be wondering whether this play is for you. Would I REALLY be interested in a play about farming? It is so much more than that. This show is a triumphant character study, examining the deep platonic bonds of friendship that form between the two men in the face of tradgedy, pain and bitterness. The relationship between them is celebrated. It’s wonderfully warm, and ultimately healing for them both. I am from farming stock, a proper West Country farmers boy, so this play drew me in because of that. Karen was drawn into the human side of the play. She loved it, found it incredibly moving, and had tears rolling down her face at various points throughout. Towards the end of the play, Michael’s home is again under threat, this time from developers. The two men are sat together overlooking the ever encroaching development of a Barratt’s-style housing estate called ‘Shephard’s Dell’. Old, ill and frail, Michael is resigned to the fate of the land to be buried under concrete. This bittersweet moment is punctuated by a wonderfully tender mutual acknowledgement of friendship and connection from both characters. It’s an acknowledgement of a past shared and a hopeful future yet defined. The play may sound emotionally draining and heavy going. Yes, it certainly had its moments, but I have to say we both actually left the Old Vic feeling uplifted, if a little sad.

The staging and set were simply stunning. I have never seen a set dressed so perfectly, but an extra special mention has to go to Sally Ferguson who was nominated for an Off West End Award for her lighting design. The play opens on the Jeff and Michael sat in the cow shed early on a winter’s day. As one of the men slides the cow shed door back for a morning smoke the set fills with a beautiful light that perfectly captures that clean, crisp time of year. Fabulous use of lighting also helped suggest the passing of years from one act to the next. How did this show not win the award she was nominated for?! The promo photos on the Old Vic website were taken on the stage set and you would be forgiven for thinking they had been taken on location.

I adored this play. For me it was a reminder of a life once lived and a countryside playground long lost. This piece stirred some wonderful long forgotten memories, focussed me on how fortunate I was to have experienced such an upbringing and starkly reminded me how much all of that was completely at the mercy of powers far outside of our control.

And Then Come The Nightjars is on an the Bristol Old Vic Studio until October 17th and I urge to go and see it, the set alone is worth the trip. 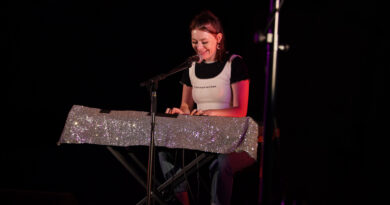