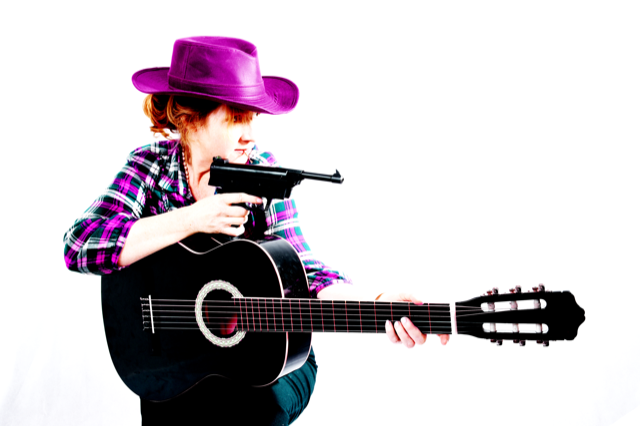 Documental Theatre’s Hot Flushes is a Country and Western musical about BHS, inspired by the personal testimonies of activist pensioners. With catchy original songs, one-liners and two hard-to-forget homicidal, menopausal heroines, Hot Flushes re-imagines the BHS pension crisis and gives it a different ending. We interviewed Lucy (Writer) and Anita (Director) from Documental Theatre ahead of their visit to Clevedon’s Theatre Shop on 17th May

Documental Theatre is known for making relatable theatre that is both gritty and poetic. How does Hot Flushes live up to that?

ANITA: Hot Flushes – the musical, fully lives up to Documental Theatre’s reputation for being both gritty, and poetic. It’s also funny with many contemporary references.  You’ll be entertained and uplifted but it is also food for thought.

LUCY: Gritty has the connotation of being depressing. But at DT we just try to reflect back life as it’s really lived by certain people. We do a lot of interviews with contributors before we start a play script. That’s often where the poetry and laughs come from…because everyone finds a way of laughing at the situation they find themselves in, and every situation is full of specific vocabulary. For example some Job Centres help pension-age jobseekers through a “Older Person’s Working Champion” which conjures images of someone in a cape with pants over their tights. As DT shows go, Hot Flushes is our most heightened and fantastical one yet. It’s pretty over the top.

What’s the storyline of Hot Flushes?

ANITA: Sandra has worked at BHS since she was 15 years old. It’s been her life. She has an unshakable belief that if you work hard and have followed the rules all will be well. But her reality starts to unravel when all her best laid plans fall by the wayside.

LUCY: Her British Homes Stores Pension is in jeopardy, she’s out of work and her state pension has been delayed. There are personal reasons (which we can’t give away!) why she needs money now. Then she meets a gun-toting feisty woman, Patsy from the Tennessee chapter of the Well-Armed Woman, and I guess she is radicalised. This journey is set to show-stopping music by Thomas Johnson and Charlie Coldfield, sung and played by our four-strong cast or actor musicians.

It sounds like a riot in more ways than one. Tell us about some of the unusual places your research took you to.

ANITA: Tennessee was not doable but the M&S bra fitting service was really fruitful!

LUCY: Sh!t Theatre did get to Dolly World, Tennessee on their Arts Council project funding so maybe we should have tried that ha ha. I listened to recordings of women from The Well-Armed Woman organisation who were non-violent but spoke about shooting practice as a kind of feminism. I also interviewed former BHS employees, one of whom started aged 15, and WASPI’s (Women Against State Pension Inequality) They had hilarious stories of protest marches in London where they all drank so much tea on the way out that they over-matched the coach loo…inevitable with a bus load of 60+ women really.

Why did you choose Country and Western as the genre for this unlikely musical?

LUCY: As I listened to the BHS news stories in 2016 it increasingly felt like Phil Green was a Cattle Baron, who’d done a land grab on the high street and driven 11,000 BHS retail workers off their homestead! Of course Westerns are all about revenge, and Country and Western music from Johnny Cash to Kasey Musgraves is about sticking it to the man!

Who am I trying to kid? I’m basically a closet Kenny Rogers fan.

ANITA: Country music is all about heart and is integral to Sandra’s story line … but you’ll have to watch to find out why …

Do I have to be an activist pensioner to enjoy Hot Flushes?

ANITA: By no means! The cast ranges from early twenties to late 50s – everyone will find something to relate to in this surprising, funny and deeply human story. 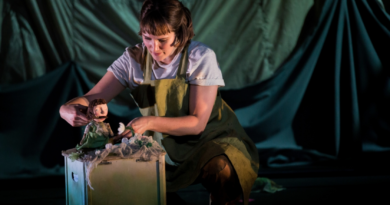 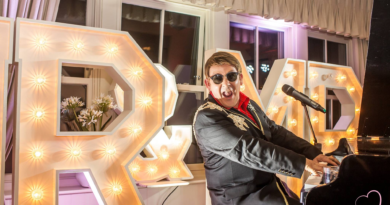