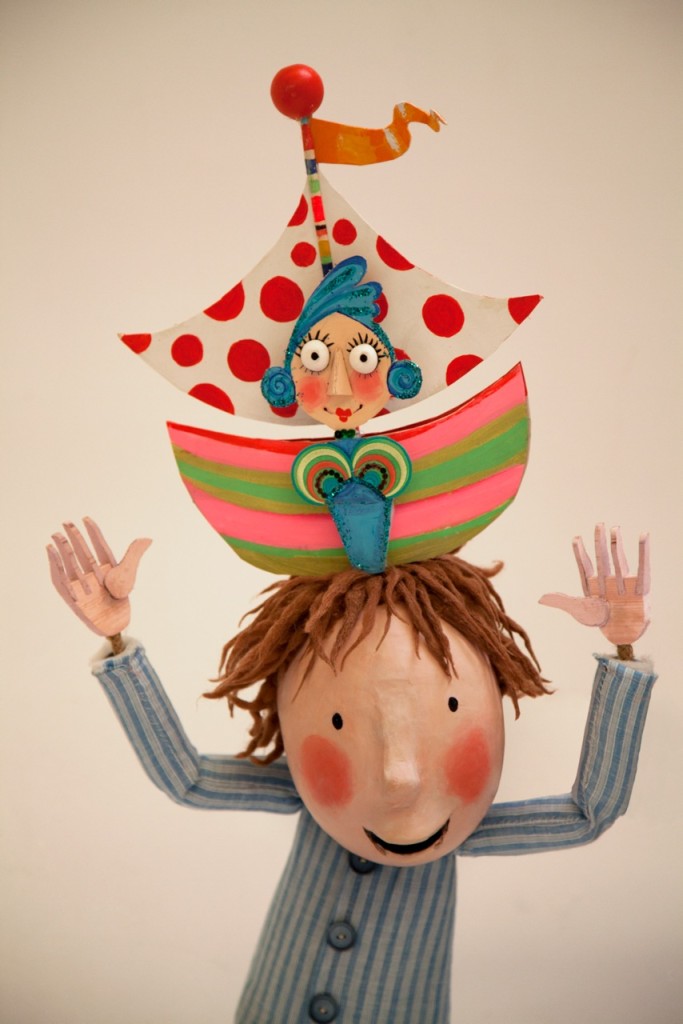 I’m afraid this story doesn’t start well. I have failed to prepare my four year old for going to a show, instead of her beloved ukulele lesson. She point blank refuses to come along and so it’s just me and the one year old. “What am I going to do without my star reviewing sidekick?” I think, desperately. We are, however, not only on time but actually early, so things are looking up and we reward ourselves with a coffee and a cookie.

We settle into our seats in the small but pleasingly steep (for a short person who always seems to be seated behind giants) Brewery Theatre. The one year old is already poking the woman in front and trying to throw pieces of cookie at the puppet theatre on the stage. I wonder if this is going to be a long hour.

As the curtains draw back, the first scene is in shadow and accompanied by a plinky-plonky and frankly boring melody. We haven’t read this story, so I’m beginning to ask myself what we’ve let ourselves in for. The whimsy is turned up to 11 and I’m not sure I’m in the mood. From the looks of it the one year old agrees. BUT then the show starts proper and I couldn’t have been more wrong.

The eponymous Arthur and his curiously nautical headgear take us on a musical tour of his inattentive family, who are inevitably swept up in his swashbuckling dreamboat. The puppets are beautifully-crafted, the puppetry itself is masterly and the story (which was so good we bought a copy of at the end) is well paced, contemporary and told with charm.

The show is highly interactive and very funny. Babies, grandparents and everyone in between are seen to be roaring with laughter at the jokes, singing along joyfully and shouting pantomime-style, as and when directed. The one year old, who I had feared would not last the show has a whale of a time (pun intended). He howls with laughter at Arthur’s dog, applauds the singing and sways along in delight to the brilliant and varied soundtrack.

Long Nose Puppets deserve the longest of applauses for their hilarious, engaging and multi-sensory adventure. The one year old is still clapping long after everyone else has left their seats.