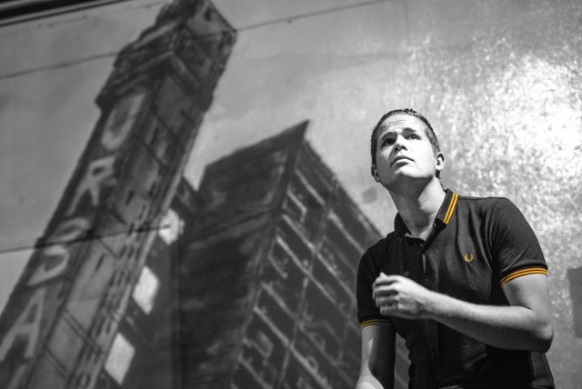 Last night I saw, and very much enjoyed What I learned from Johnny Bevan at Tropicana Theatre. I have to admit I felt a big sigh coming when I realised I was going to be one man standing up and talking for an hour on a plain black stage. And not just talking; talking in rhyme. An hour-long poem. Hhmmmppphh.

The first few minutes were spent inwardly grumbling, while the scene was set in words. I noticed the cleverness of the descriptions of London, the one liners that painted the pictures, but I didn’t really engage. And as the story started I wondered why I should be interested in the life of a London journalist, someone whose life involved hanging around in press buses with interns called ‘Milly and Tilly’. I’m just some pleb from Weston, this isn’t a life I can relate too at all.

But Luke Wright is good, very very good; even before the story had moved back a few years to more familiar territory I found myself empathising with the narrator and his world of London PR, of boutique festivals that cost £1400 a ticket, of fashionable people with a social conscience expressing it by holding debates in glamourised ex-council tower blocks and ‘oohing’ over stories of crimes that happened there.

A jump back in time took us to the narrator’s university years, his escape from home and move from adolescence. We meet the eponymous Johnny Bevan and, as with other character changes during the show, we see him expressed through small changes in posture and facial expressions that, along with the verbal gymnastics, tell us everything we need to know about the character. Johnny is a working class kid who’s going to change the world, and he’s with the narrator through 1997, the Labour landslide, the euphoria of the election night and the promises it held for the working class and for one student newly come to ideas of social justice.

We see our narrator being introduced to the life in a tower block, initially only seeing the warmth and togetherness of Johnny and his mum, the ‘coolness’ of life there. Then we see him exposed to some harsh realities in an episode that ultimately leads to a breakdown in the friendship between him and Johnny Bevan, the boy who’s going to save the world and bring equality to all, and before Johnny disappears leaving university with only a brief note and no explanation.

Many years on Johnny reappears, first noticed via Facebook and his impassioned and obsessive posting about social issues, fairness and the working class. We are shown his increasing recognition that Labour might be for those interested in social justice but it’s certainly not for those who are at the harsh end of it. And then we witness the progression that leads him, like so many others, into the arms of UKIP and the far-right.

My description doesn’t do this piece justice. Luke is a powerful performer, carrying us with him as he changes from one character to another, performs a poem within the poem about a ‘Tory Tea Party’, making us laugh, making us silent. It didn’t feel like an hour had passed when the end came, an end that offered no answers but a partial explanation for the questions. I really enjoyed this show and was very glad I went.

What I Learned from Johnny Bevan was just on for one night, but there are plenty of other small gems coming to the Tropicana over the next month or so. These shows are excellent value for money, and it’s great that we have such quality theatre on our doorstep. I’d definitely recommend seeing as many of them as possible over this season of theatre. 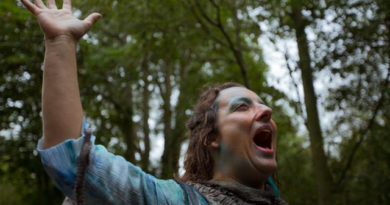