I’ve been to a few gigs in the last few years at the Colston Hall, and I’m in love with the wonderful acoustics and sound quality that is part of the experience here. However, last night we came to see Martin Harley and Daniel Kimbro in the far more intimate setting of The Lantern, the much smaller second performance space in the older part of the building. I had never watched live music in this space, so it was another new experience for me. Immediately I was struck by the lighting as we walked in. If all the lights had been switched off, it would have been pitch black, as I couldn’t see any natural light sources. However, somehow the place looked like it had daylight pouring in, which was a bit surreal, but made me immediately like it. As the false daylight dimmed, our support act arrived on the stage in the form of a nervous seeming, pretty young Cornish girl called Kezia. She will openly admit that banter between songs is very definitely not her thing, but once she began to play her guitar and sing her self penned songs, any sense of worry about whether she would be OK vanished. Her style is somewhere between blues and folk with a little bit of a country twang along the way, but it seems fresh and accessible. She writes about real people and places, with melancholy notes that don’t ever make you too sad because of the humour also found within the layers of her songs. Above anything else, her voice is beautiful, strong and confident with a maturity to it that seems way beyond her years.

I got talking to Kezia after her performance. Despite her awesome talent, she is reticent and unassuming, and incredibly down to earth. She told me she met Martin in Nashville and he liked her so much he asked her to tour with him. This young, slightly shy girl from Cornwall. How cool is that? You should look out for Kezia, in fact, she is playing at The Curzon Music Festival at The Curzon Cinema in Clevedon on the 21st of May, which will be a great venue to catch her in. If you are reading this review Kezia, I hope you will take from it how much I liked you. And judging from the feedback of the other audience members I was not alone in this. You rocked. Trust in that, and if you do that then I’m sure the between songs banter will get easier!

There was just enough time to grab another drink before our main men took to the stage for the rest of the evening. Martin Harley grew up in South East England. You’ll know this when you hear him speak, but his music and style is so quintessentially rooted in American Deep South Blues it is hard to reconcile his accent and his music. He is renowned for his slide guitar playing, with the instrument upright on his lap for most of the gig. Daniel Kimbro accompanies him on double bass, and the two come together to make some faultlessly brilliant music. From the moment they arrived on the stage, the soulful voice of Harley, his dexterity with the strings, the deep thrumming of the bass and the great backing vocals from Kimbro had me hooked, and sat upright in my seat in anticipation of what they were going to do next. Not only was their music tight, soulful and perhaps just a little sexy, (yeah, I’m easily swayed!) their banter in between the songs made the evening even better. As they regularly supped from the red wine they kept close by to them, they chatted to the audience in an easy manner that made us feel like we were mates, rather than just mere observers.

There is plenty here to satisfy the most ardent blues fan, this was grown up, accomplished and polished stuff. Despite enough blues to break your heart a few times over, a particular highlight for me was the song ‘Love in the afternoon’, an up tempo number that made me wish we were in less of a formal seated gig so that I could move the rest of me, and not just my feet which would not stay still.

I loved these two blokes, and will certainly seek them out in the future. I’m certain that the owner of my favourite live music venue in Weston-super-Mare would LOVE them too, and I might just whisper in her ear about trying to book these guys to play, as it would be amazing to see them in a more laid back setting. I just hope that if they DO come, they have a better time than they clearly did in Lowestoft…

But that is another story.

Martin Harley and Daniel Kimbro are currently touring until the end of July, and more details of the dates can be found here. 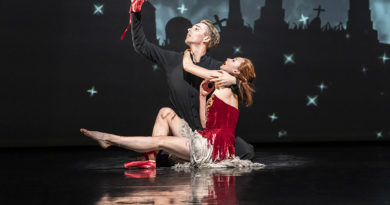 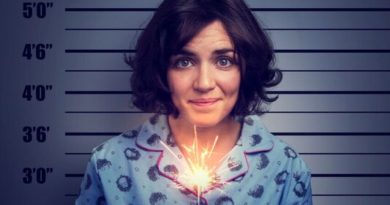