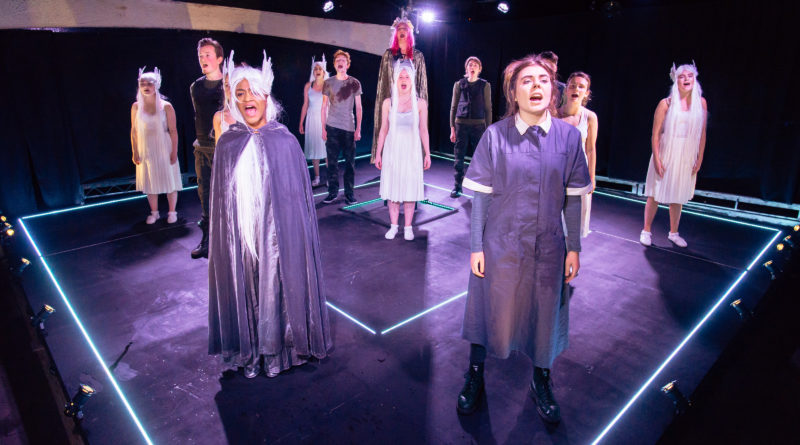 You can rely on Bristol Old Vic Young Company to kickstart the theatre year with youthful exuberance and some damned good music. Last January they gave us St Joan of the Stockyards, in what turned out to be one of my theatre highlights of the entire year. This year, they weren’t able to transform beyond recognition the Old Vic’s studio due to the ongoing redevelopment there so, instead, they’ve brought their sparkle and energy to The Bierkeller Theatre in All Saints Road.

The Love of the Nightingale is Timberlake Wertenbaker’s 1980s’ reworking of the ancient Greek myth about the rape and mutilation of Philomele by her sister’s warmongering husband, Tereus, King of Trace, who has won his bride, Procne, as a prize for giving military support to her father, King of Athens. Displaced and alone, Procne is devastated at being torn from her beloved and spirited sister and after a few years pleads with her husband to go fetch Philomele from their distant homeland. He obeys but, on realising that he is sexually attracted to Philomele, he takes her without consent, killing those who stand in his way, fabricating the death of each sister to the other, while brutally silencing his rape victim. But, revenge is at hand. At any terrible cost.

On the night we saw The Love of the Nightingale, it seemed to be a play of two halves. During the first 20 minutes or so, it was as though we were at rehearsals and the cast had learnt the script but hadn’t yet felt or lived its meaning. Then … I don’t know what clicked. Was it me, was it them? Suddenly, the performers shook off the wood and really came alive; after the interval, I was even holding my breath in parts, eyes wide.

This show is worth a watch for the singing alone and these young people give enviable clarity to the word ‘Chorus’. One of the most impressive traits of BOV Young Company is their capacity for community, their unique oneness. This group is a complete package, there is no singular here. Teamwork: at this they excel. With original rave music and dance, this is a lively production that has fun costumes, naturally flowing choreography, keen direction and a lot of blood. That the cast works in partnership with the creative team is key to the success of the Young Company and they must be applauded for their commitment to inclusivity.

In The Love of the Nightingale, you’ll get angry as, together, we explore themes of patriarchy, outsiderness, sexual violence, gender, censorship – audience and actor understanding that, unfortunately, this ancient myth has so much more than a smattering of relevance in our very own 21st Century. An inevitable hatred of the macho-beyond-belief Tereus turns to pity when he laments that no-one has ever shown him how to love so how could he possibly know how it’s done? Ouch. That is really very sad! This mortifying revelation transforms this play into a reflection on a sick society that values hierarchy and brutality over commonality, philosophy and art. We need to fix that! 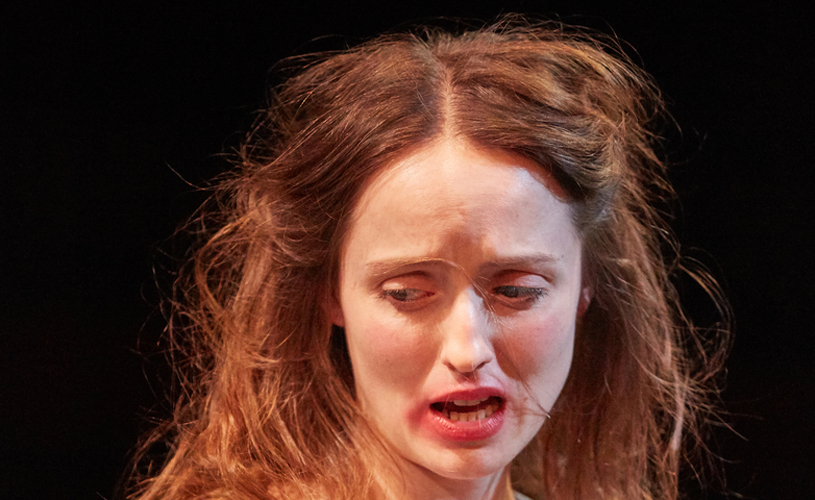 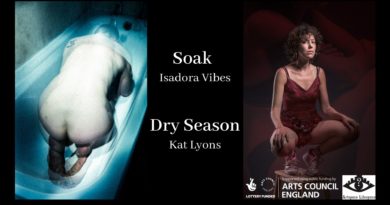 Dry/Soak at the Alma Theatre