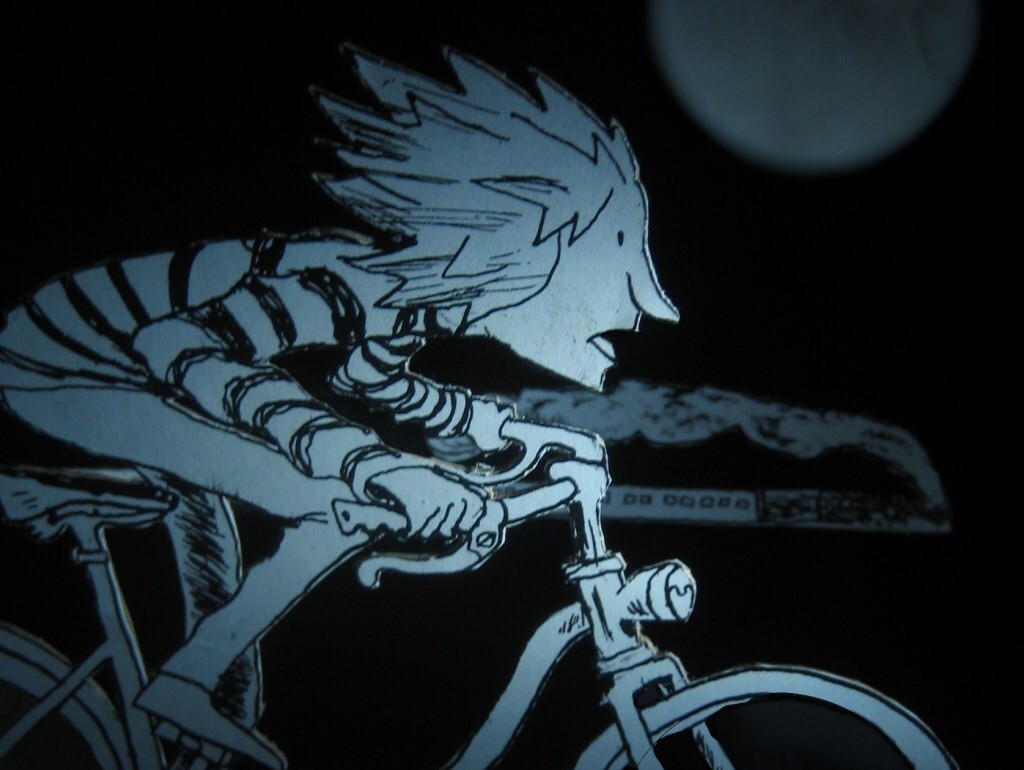 Bristol Festival of Puppetry is back, sharing animation and puppetry in venues all over the city, staging artistic workshops for a range of ages and tastes and even holding a Carnival down North Street (Sat 29th, 12pm).

Last night, before the #BFP15’s launch party in the cafe/bar of Watershed, Paper Cinema made a nearby room its home for an hour, so that Nic Rawling, Anwen Jones and Chris Reed could revist three of the company’s early works to wow us with.

Paper Cinema’s appeal surely lays in its uniqueness. Here, before us are two puppeteers, Rawling and Jones, armed with a range of often crude, slightly child like, but mostly sinister pen and ink cut-out drawings, predominantly in black and white, which they parade before a video camera and onto a screen on the wall, telling stories as they go, helped along in no small way by Reed’s musicality and knowledge  of electronica.

King Pest is based on the Edgar Allen Poe Story of the same name, in which two seamen guide us through a plague ridden London, the stench of death, debauchery and decay evident throughout.

Night Flyer is about a boy following a stolen girl, chasing the train on which she is bound and locked away with hundreds of other flying creatures, the birds, until he too becomes one. This tale, my favourite of the three, is ultimately about determination and freedom.

I have less of an idea as to what is happening in Rock Charmer, apart from it’s one man’s quest to unlock the secrets of the rocks. This one is more abstract than the first two shorts and, at one point, probably needing to find my own frame of reference, flashes of a non-psychadelic Yellow Submarine fill my eyes and Pink Floyd commandeers my ears.

It did occur to me that these stories could stand alone as films in the usual way, to be digested by cinema goers. But that really is the point of Paper Cinema. This is live; this is theatre. And like all in-the-flesh performances, the stories must appear slightly different to each audience that witnesses them. The sometimes wild movements of the puppeteers, the way that they instinctively direct the drawings to and away from the projector to give a sense of (dis) proportion on screen, will alter in every show. The manifold instruments used by a highly skilled Chris Reed, in his own original compositions, are timed to help guide us through (reminding me of that Christie organ I once saw played along to a Buster Keaton movie at Curzon Community Cinema in Clevedon), making our individual interpretations less of an effort.

My only difficulty with the show was the venue. Held in W3 of Watershed, this performance would be better suited to a room with graduated seating. We were only in the second row but I struggled a little to see everything on screen, just one head partially blocking the view. I so wished to be able to see these wonderful puppeteers more clearly too – I could feel their energy and loved that they were just there, laid bare. But not bare enough. The performance of the creators of such innovative theatre is important and I, greedily perhaps, would have preferred a better view.

Ah, well, we’ll just have to catch them again. Hurrah!

The Amazing Bubble Man Review at The Tobacco Factory 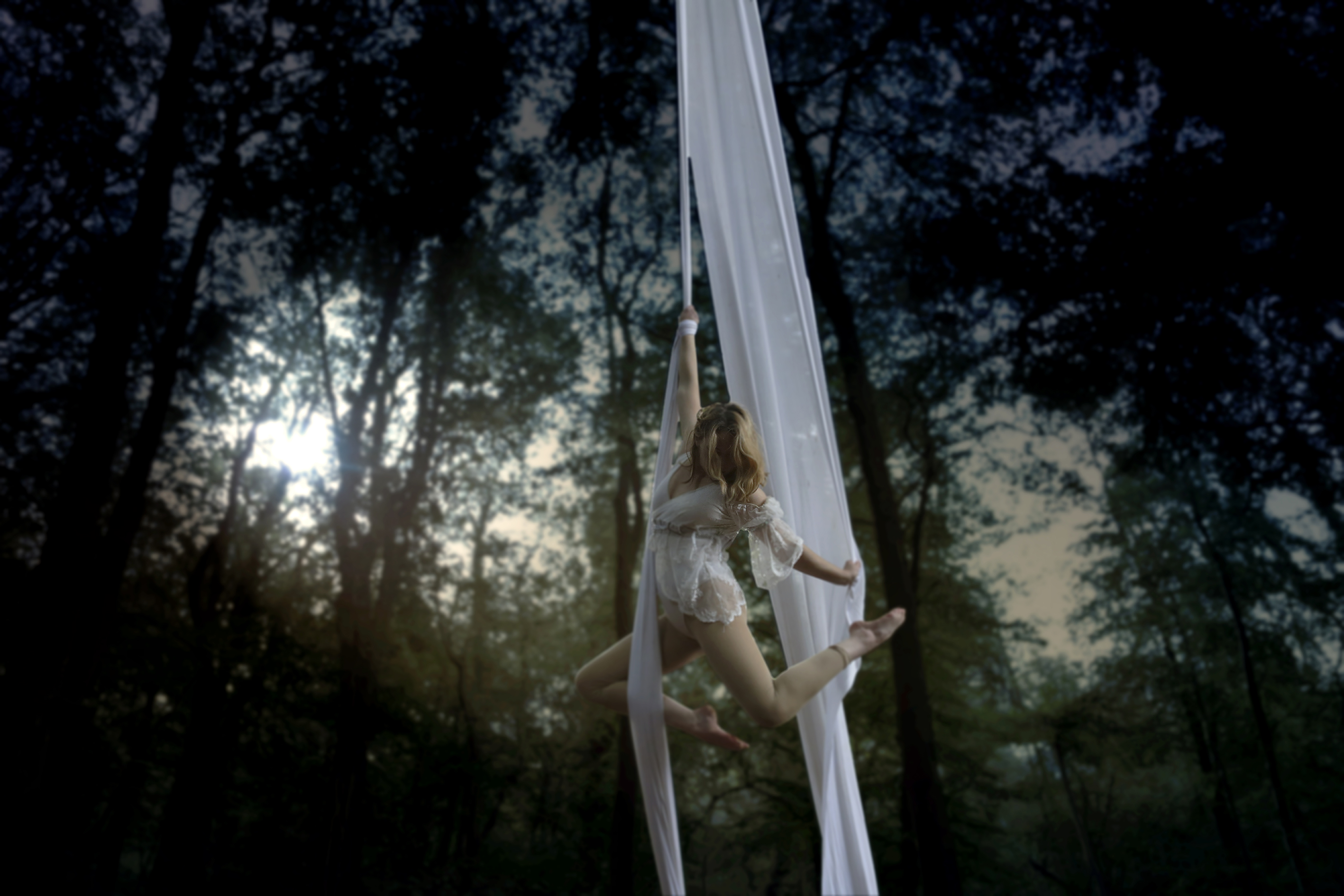