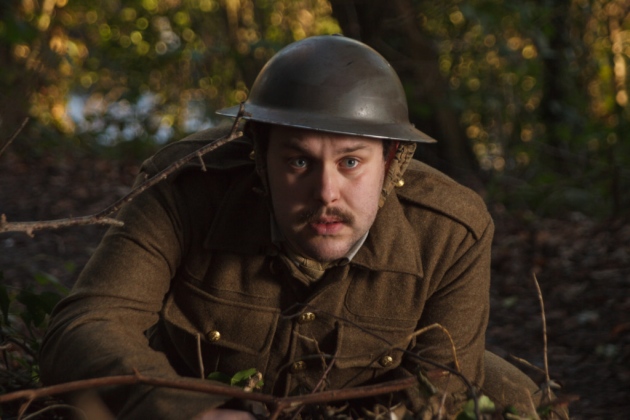 Based on Michael Morpurgo’s novel of the same name, this one-man show tells the heart-wrenching story of Tommo, a young First World War soldier awaiting the firing squad at dawn.

During the night, he relives his short but vivid past: his terrifying first day at school; the accident in the forest that killed his father; late-night poaching with Molly, the love of his life, and the battles and injustices of war that have brought him to the front line.

The set is as barren as its subject matter, with a basic camp bed and small items of barrack room furniture on the stage, but the carefully choreographed use of these props is very inventive, with the iron bed frame being used to demonstrate the frantic clamber out of the trenches when assaulted with the deadly mustard gas, or poised to go ‘over the top’ when ordered to certain death by supposedly superior officers.

The disappointingly low number of audience members comprised mainly of families with pre-teen to mid-teenage children, who took in the full horrors of a young man condemned by his times and social class to a desperately sad end, and were quite obviously awed by the power of the piece

This was performance at its most intense and demanding, and not once did this marvellous young actor let us down; James Tanton’s Tommo was naïve, bewildered and yet utterly heroic in his acceptance of the inevitability of his fate, and the sound and lighting effects that accompanied every dramatic turn were brilliant in concept.

I gasped and I cried and I applauded the incredible skill in the creation of this story, because Michael Morpurgo knows how to play on our heart stings without ever being maudlin.

This is a powerful indictment of the utter futility of war, and deserves to be played to packed audiences; I will remember the story of Tommo Peaceful, and hope that every teacher will endeavour to introduce the novel it is based on to classes down the years … it deserves no less. 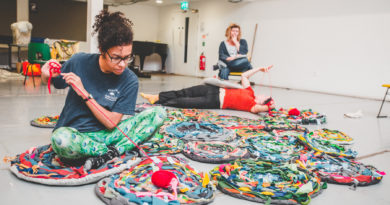