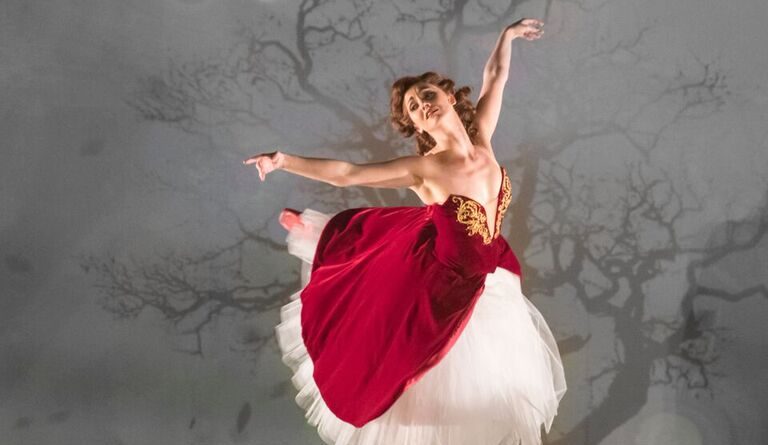 I was lucky enough to get tickets for the ballet event of the year, the one everyone who knows about such things raves about, the latest one directed and choreographed by Matthew Bourne, which is on at the Hippodrome this week. Tickets for The Red Shoes sold out ages ago, and the crowd going in to the Hippodrome last night was the biggest by far that I’ve ever seen there. There was a real buzz of excitement and anticipation and a great atmosphere.

Now I’ve only seen a couple of ballets on stage in my life; the revelation that ballet is really a thing of great beauty and endless fascination came late to me. I also had to drop my preconceptions about it being just for, y’know, other people. Posh ones. People who went to nice schools, people with lots of money. Not people with Bristol accents, normal clothes and interesting haircuts. Well, if I hadn’t put all those ideas aside last year, last night’s crowd was a perfect illustration of the diversity of people who like ballet. Dreadlocks, purple hair, small children, harrassed mothers, older women, fat people, thin people, dresses, jeans , tattoos , a whole range of colours, ages and types. All there to see a load of men in tights prancing around on stage to fancy music.

Last night the main parts were danced by Sam Archer (Boris Lermontov, the impresario), Ashley Shaw (Victoria Page, the rising star dancer) and Chris Trenfield (Julian Craster, the struggling composer). I’m not going to embarrass myself by saying anything about the professionalism and skill of the dancers, choreography, sound and lighting. It all looked pretty amazing to me, and I’m sure that the reaction of those in the know to the mere idea of a Matthew Bourne ballet means that this was of a extremely high standard. I don’t go to assess the quality of a jete, or give points for the technical difficulty of a lift. I want to be taken out of myself for a while, transported to a place where the only thing that matters is what’s on the stage, and where I don’t even notice the people around me and whether they’re coughing or not. The Red Shoes absolutely did that for me.

In principle The Red Shoes is a simple story; a gifted young dancer, two men, a composer and a ballet impresario, who love her (or at least want her), jealousy, revenge and tragedy. There’s a story within the story, the old tale of the girl who loved her red shoes and was cursed so that they made her dance until she died. This tale was performed as a ballet within the ballet, and also echoed in the larger story. I have to admit there were times when I found it hard to follow the detail of what was happening, but my much more intelligent companion explained some of it to me on the way home. I also found that at times there were so many things happening on stage, so many little sub-stories and scenes, that I couldn’t follow them all. All that means though is that I’d love to see this again, to follow it all again focussing on different parts of the stage at different times in the busier scenes.

Although the story ends in tragedy, the ballet was far from doom and gloom all through. Scenes set in 1950’s Monte Carlo and Villefrance-sur-Mer in particular were bright and cheerful; the end of season party was a joy with lots of moments of laughter. Drunk partygoers, flirtations, silly dancing, even a conga, all around the darkness of one of the central characters. Another personal favourite was the East End dance hall, where despite the despair of two of our main characters it was impossible not to laugh at the spectacularly bad performances on the stage within the stage.

This is something I haven’t mentioned at all. The set was fantastic. There was a stage on our stage, just an arch with curtains, and in the first scene we see a performance on that stage. And then it rotates, and suddenly we are taken backstage, with the back of the curtains facing us, and the footlights and a row of faces beyond. In other scenes there is a mirrored part to the backdrop giving partial reflections of the dancers, and the effect is beautiful .

I haven’t mentioned the costumes either. I probably don’t need to say it, but they were also gorgeous, perfect, from the traditional tutus and the ‘Red Shoes’ dress to the 1950’s style sailor pants worn by the women in the French beach scenes. The music is also worth a mention; that it was perfect goes without saying, but I have a feeling that a lot of it sounded familiar during the show. It’s only now that I’ve looked at the programme properly that I’ve realised some of it is from Citizen Kane and Fahrenheit 451.

It’s probably too late to get tickets, but what I would say to anyone who’s ever felt even the slightest curiosity about ballet or enjoyed watching a dance of any kind is give ballet a go. Something like this is almost impossible to describe, it is beautiful and funny and entertaining and completely absorbing, even if you know nothing about dance or classical music or the stories told. Look out for a Matthew Bourne or an Akram Khan if you can, but just get yourself to a good quality show and give it a try. You might find, that like me, you’ve found a whole new world to explore.

Mayfest – The Castle Builder at The Trinity Centre