Taking my seat for Stardust in the compact space of the Spielman studio at Bristol’s Tobacco Factory theatres last night, I didn’t expect to be simultaneously amused, educated, challenged, entertained and devastated by one performance.

Essentially a one-man show, our host and storyteller for the evening Miguel Herando Torres Umba is friendly and likeable; an energetic young Columbian man who is sad, frustrated and angry about the stigma and prejudice that surrounds him and every Columbian person – presumed, often jokingly, to be involved, in some way, with the cocaine trade.He takes us by the hand (literally, for some audience members) on an exploration of the human cost of cocaine production and consumption in Colombia and further afield.

Through a combination of hand-drawn animation, music, dance, game show, personal testimony, lecture and heart-stopping drama, we learn about the history of cocaine – the indigenous fables, customs and ceremony that existed before it was ‘discovered’ by explorers and tainted by commercial production. We learn how widely and openly cocaine was sold (Harrods for example) how it was promoted to help with all manner of ills, in all manner of forms, by all manner of people; Freud included. Torres uses movement to demonstratethe effect of Cocaine on the body – he is a master of movement and dance; it is amusing, then awkward, and ultimately a miserable sight. A manic fake game show ‘Plato O Plomo’ (money or murder) graphically illustrates the stark reality of the no-win choices that devastate individual lives, communities and the planet, made across the length of the cocaine production and distribution chain from farmer to consumer, affecting friends, families and any one who “knows”.

The crowd last night were enthusiastic and engaged but this show deserved a larger audience. Firstly, as a piece that derived energy from audience participation, the lack of numbers made it harder for Torres to build and ride that energy. But more importantly, because this is a devastating story that needs to be told so we can be better informed about the consequences of an industry that is glamorised in films and on TV or joked about. But Torres showed us that it isn’t a joke and his play deserves and merits that you go and see it.

Stardust runs at Tobacco Factory Theatre until 11th May 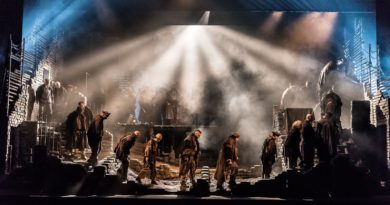 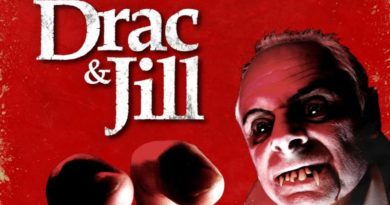