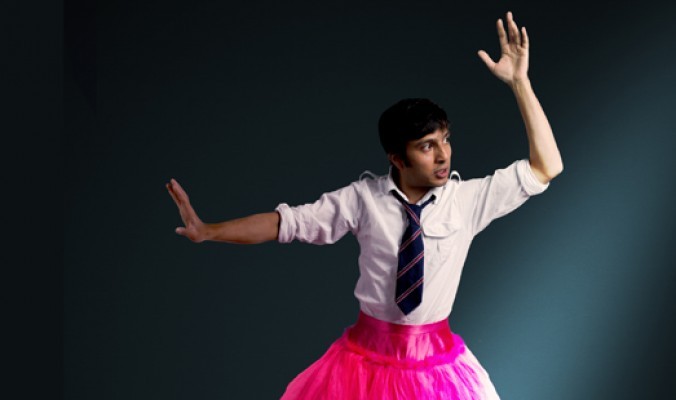 On Sunday 15th November David went to see Saikat Ahamed bring his one man autobiographical play Strictly Balti back to the Bristol Tobacco Factory Brewery Theatre after just over a year of absence.

He has, by his own admission, given himself some artistic license but it’s clear that the majority of this piece is drawn straight from his own experience of childhood and growing up in Birmingham to parents who migrated to England not long before he was born. This figurative dual identity helped to inspire English Sid, an alter ego and literal dual identity as he is torn between fitting in with his friends at school and fitting in with his native Bangladeshi family both in the UK and abroad. The expectation from his parents to be ‘English’ while respecting their homeland weighs heavy on the young Saikat as he goes through the universal childhood milestones; making new friends, his first crush and… ballroom dancing classes. Ok maybe not all universal childhood experiences but I could certainly relate to the crushing awkwardness that he was enduring at the hands of his dance tutor.

From the first word it was clear he is a great story teller, engaging the audience and keeping their attention through the 1 hour-ish performance with ease as he dances, leaps and spins across the stage, assisted by only a few wooden boxes and a book of Bangladeshi poetry. There was plenty of laughter throughout the performance as well as an incredibly emotional moment as he recalls the day his stoic Father embraced him and openly wept shortly after burying his own Mother. He must have performed and rehearsed this play hundreds of times but his tears felt as real last night as his Father’s did on that day.

This is a piece about growing up, and that *is* a universal right of passage that I and all of you reading this have in common, our individual experiences differ wildly but we have all had to grow up, to mature, to try and find a peace with who we are and where we came from. Saikat’s upbringing saw him struggle with a feeling of being an Englishman abroad when visiting Bangladesh and a Bangladeshi abroad while living England, he had to embrace both sides of his cultural heritage and acknowledge that he was a product of both places.

I really enjoyed this piece, heartfelt, funny and surprisingly emotional. Strictly Balti is on at the Bristol Tobacco Factory Theatre until 22/11/2015 and comes highly recommended. 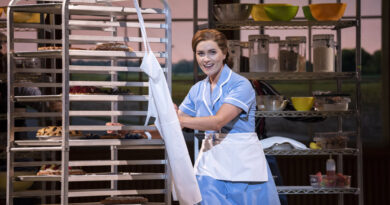 Waitress at The Bristol Hippodrome

Evita at The Blakehay Theatre