I recently made a silent and loose pact with myself not to check any social media site as soon as I open my eyes in the morning. Aw, now I’ve gone and overshared and put unnecessary pressure on myself – what if someone were to notice me online at first light? They’d know the extent of my addiction. That’s if anyone’s even looking. Or listening. Today I lasted at least 2 hours. Highly impressive, eh? Yep. By 10am, I had sent a handful of text messages (the first at 8:10am), been on Messenger, glimpsed at Facebook (which led me to click on and read a couple of articles), flirted briefly with twitter (for research purposes), checked my emails, composed and sent a couple. Only one voice call; from my mum. Natch. As I sit here in my comfy Bond-villanesque chair, writing last night’s theatre review on the mac, I have my iPad and iPhone beside me. And a mug of tea.

I am, like you, a creature of this technological age. I can show you what I want you to see. I can choose who I want to be. And many of you would never know the difference. I am in control of my online life.

The anxiety of being alone in a world where we can tweak, or even recreate, everything about ourselves is the subject of Sibylle Berg’s And Now: the World! Sarah Beaton has designed a clever set of sterile whiteness: a wipe-clean space, where everything can be ostensibly compartmentalised. And it is around this room, with its parkour ready shelves, that our unnamed protagonist darts, sometimes frenzied, but, mostly, coldly self-controlled. Our performer, Jennifer Jackson, owns a coolness that we shouldn’t trust. She hates almost everyone and everything but she never really rants, instead she explains why this or that is wrong with the world with a worrying calmness, a disconcerting matter-of-factness. This young woman is confidently intelligent and erudite but is that because she is speaking to us in a way that one would if such a speech had been typed onto a keyboard, where one has the power to delete and edit at will, thus presenting a retouched and better-written, perfected final version?

Every now and then, Jackson spits spoken word into her microphone, twerks, bounces off and scribbles on the walls. When she’s not communicating with her confused love interest by text or her accepting half-sister by Messenger or her Zumba-mad friend by Skype or her crumpled up mum by proper old fashioned (and noticeably vibrant red in an otherwise pristinely white state-of-the-art set) telephone, she’s anxiously swiping the air for another song, eager for the smallest distraction, uncomfortable with being alone but never venturing outdoors where other, tangible, people might be. She creates words for us, the audience, but is anyone actually listening? Or is she just one of billions crying in the dark?

Borrowing snippets from Sherry Turkle’s devastatingly powerful 2012 TED talk, ‘Alone Together’, Berg and Jackson help us to understand the paradox of modern living. Turkle’s voice acts as a second, unseen character, “We even text at funerals … “We’re lonely but afraid of intimacy” as technology gives us “the illusion of companionship without the demands of friendship.”

This is an excellently delivered, darkly humoured story of a sociopath. Maybe it’s the story of a planet increasingly inhabited by sociopaths (all of us). And Now: the World! will never lead us to cut technology out of our lives but, like Turkle’s research, it may provoke us to question how we use it and, moreover, how young people are dependent upon it. Never have I felt so pleased to be over 40 years old because I was given the opportunity to grow up in a time before social media, when I didn’t feel the urge (or push) to document hysterically every part of my life. It has, though, made me want to set a different example to my 9 year old daughter, who FaceTimes/messages/emails and who already has an instagram account and a very regularly updated youtube channel. I also think I’ll show her Essena ONeill’s latest vlog, which will hopefully lead to a discussion about how vapid and self-deluding social media can be. I’ll probably show her how nourishing it can be to have time alone sometimes, to just sit and think, to do ‘nothing.’ Quoting Turkle, “If we don’t teach our children to be alone, they will only know how to be lonely.”

And Now; the World! will have you quietly nodding in agreement, inwardly chuckling, cringing from self-recognition. It is co-presented by Openworks Theatre who aim to encourage a wider range of people to make and experience excellent art: with shows such as this, they will surely achieve it.

And Now: the World! shows at Tobacco Factory Theatres until November 4th 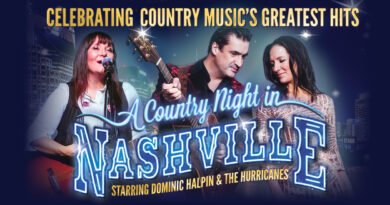