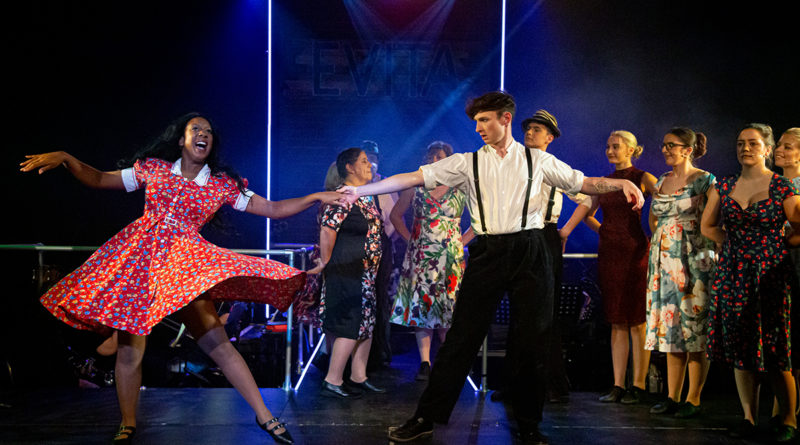 I am going to seriously struggle to write the review of the opening night of Worle Operatic and Dramatic Society’s (WODS) Evita at The Blakehay Theatre, simply because I am going to run out of superlatives very quickly!

The story of Eva Perón is the classic “poor girl rises from rags to riches” via her beauty and determination to claw her way to the top, and set in the background of tortuous political and military upheaval in Argentina, Evita has been one of my favourite shows since it first emerged from the fevered brains of Andrew Lloyd Webber and Tim Rice in 1978.

This was the first time I had seen it performed by an amateur company, and I was more than a little worried by the limitations of the stage space for some of the mass cast numbers, but I should have had more faith; tight and skilful choreography, an inspired set and imaginative direction made this worthy of any West End theatre.

Natasha Green was just magnificent as Eva Perón; a beautiful voice and all the charisma needed to recreate the mesmerising Evita, and a very sensitive portrayal of the physical decline that could not be halted, while Dylan Cheasley was perfectly cast as Juan Perón, because I completely believed in the love story they played out.

Stephanie Reeves gave a beautiful performance as the outcast mistress, with a faultless rendition of “Another Suitcase in Another Hall, and Nick Uttley was impressive as Che, recounting Eva’s rise and fall with a mixture of cynicism and concern, and pulling the whole production together very skilfully.

Each and every member of both the WODS cast and ensemble dovetailed perfectly to make this a spectacular performance, and I know that everyone in the audience had a fantastic night out and that Evita deserves to be a complete sell out for the remaining performances.

WODS, once again, I salute your professionalism, and I look forward to your next production!

Evita shows at The Blakehay Theatre until Saturday 2nd November

Image by Stewart McPherson, with thanks 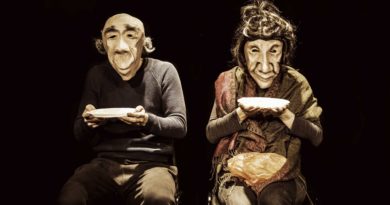 The Marked at Tobacco Factory Theatre 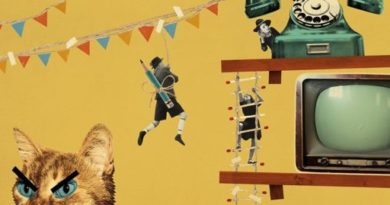 2 thoughts on “Evita at The Blakehay Theatre”