On Friday 4th March, I visited the studio at the Bristol Old Vic to see The Trojan Women, a Bristol Old Vic Theatre School production directed by Sally Cookson. Irish playwright and poet Brendan Kennelly has brought this classic play by Euripides up to date; it was first performed in 415 BC and even then it was viewed as a radical piece of writing that questioned the establishment and challenged traditional perceptions of how women were viewed.

I thought I was well versed in this story of one of the greatest conflicts in classical Greek mythology, that of the war the Greeks waged on the city of Troy. Most people will be familiar with the story and the imagery of the giant Trojan horse that was wheeled into the city, supposedly as a gift to the people of Troy. As we know, this was not the case. The horse was filled with Greek soldiers, who silently emerged from the belly of this giant war horse as the city dwellers slept. They opened the gates to the rest of their armies, and then defeated the warriors of Troy in an epic battle. I remember learning about the story in school, but it turns out that the version I knew was very much a sanitised one. In ‘The Trojan Women’, it is impossible to hide from the bleak and terrible realities of the aftermath of this battle, where the victims are women and children. The women left behind, once the men have been slaughtered, are placed at the very heart of the play. We are forced to see things from their perspective, and it is a gut wrenching and emotionally draining ride.

The last play I saw in the Studio at the Old Vic was ‘I Know all the Secrets in my World’, a piece that relied heavily on gesture and movement to convey its message, with barely any dialogue at all. The Trojan Women is startlingly different from this as, from the moment the characters spring to life on the stage until the final scenes, the dialogue does not let up for a moment. These women of Troy have lost everything; their beloved city lies in ruins, their men have been ripped from them and they cannot guarantee the safety of their children. Their grief and pain is so palpable that it made my chest ache. These women know their fate, they are the spoils of war and a ‘prize’ for their conquerors. They will be chosen one by one by their most despised enemies, taken into slavery and forced into their beds. However, the women are not portrayed as passive victims; they know their fate and are resigned to it, but they face it with strength, courage and a forthright voice. Their cries of anger are loud and impossible to turn away from as they rage against the injustices of their defeat. The women in this story are united together in their struggles and their grief.

It’s always interesting to see how different theatre companies use the blank canvas that is the space in the studio. This show used absolutely every inch of the stage, with ladders to take them to different levels of the set, and the women filled the auditorium with their voices, loud and clear. In my opinion, this is a show that would not have been out of place played out on the main stage of the Old Vic, which is high praise of the talent and ability of these young actors, some of whom gave commanding performances. Eleanor Jackson played a formidable Cassandra, with strength, vulnerability and an edge of madness always on the periphery of the performance. Hannah Bristow raged violently against her fate in her role as Queen Hecuba of Troy and spoke with a powerful voice for such a young performer. Michelle Fox played a great and seductive Helen, as we decided whether she was a temptress or a victim herself despite being the cause of this great conflict between the two nations.

As I said, this is a myth I knew very little about, despite the image of the Trojan horse being so iconic and instantly recognisable. However, there is no need to be familiar with the story itself to be moved by this play. Despite originating from a long ago time, this play feels very current. We think of war as something fought between men, but rape and violence towards women is a common tactic of war, and will undoubtedly be going on in some conflict around the world right now. This is an important show, and all the more impressive considering the youth of the performers. Catch it if you can.

Image by Toby Farrow, with thanks 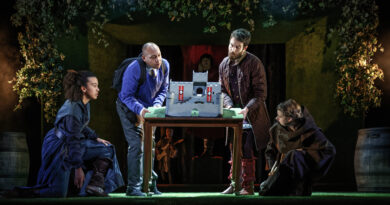 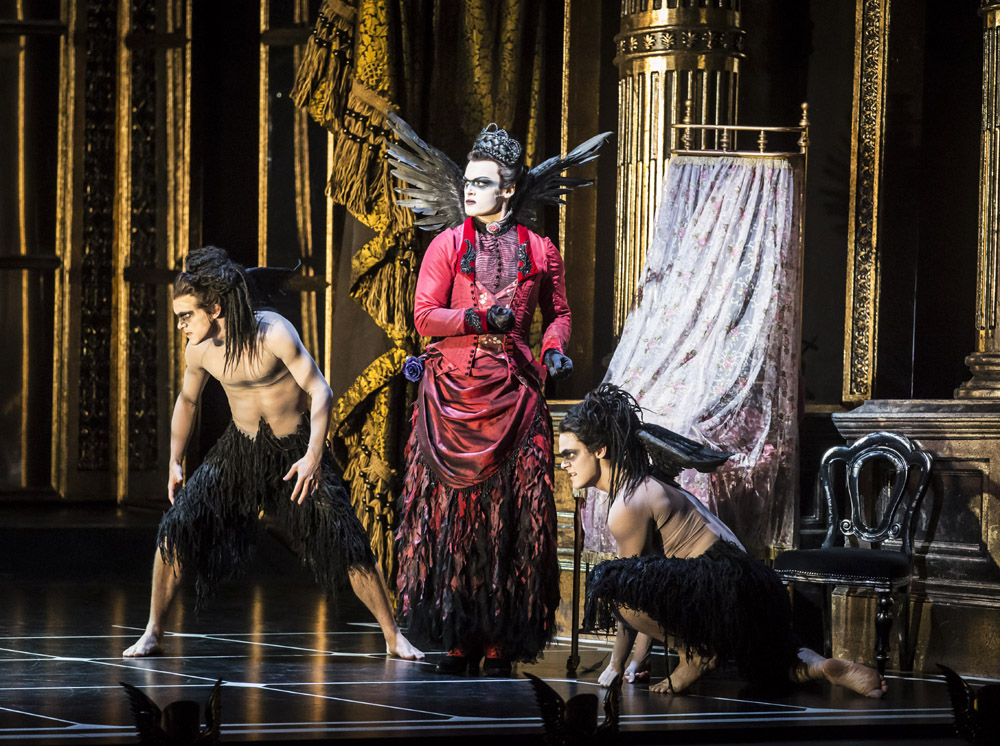 One thought on “The Trojan Women”