I first saw Le Navet Bete a few years ago performing in a large tent at the Watchet Festival; I loved them straight away. Their individual brand of physical acrobatic clowning, slapstick and comic delivery were a perfect act for a festival setting. The show on Wednesday 14th September was called The Wonderful Wizard of Oz and this was the first time I’d seen them since Watchet so I was looking forward to seeing how they managed with a longer performance in a more formal theatre setting.

As we went in to take our seats at the Tobacco Factory Theatre three characters from the troupe of four were already on the stage to ‘help’ some members of the audience to their seats. All the familiar plot points and characters from the original story were there, only presented in a way that was as far away from Judy Garland’s performance as if it too had been hurled through the air by a tornado! The yellow-brick-road-shoes were a stroke of pure genius. One of the standout moments of the night was the Riverdance scene; we were laughing so hard our bellies hurt, whilst appreciating the skill that goes into everything they do. That is the beauty of these guys; because they are so funny they make everything seem effortless, yet there is so much work that goes into what they do.

Nick Blunt was our Dorothy for the night; about as feminine as a barber shop yet beautifully twee and wonderfully funny. Dare I say I was a little disappointed though to notice that Dorothy had chosen to wear sensible black shorts under her gingham dress instead of frilly bloomers?! Matt Freeman as Scarecrow stole the show for me with the faces he pulled that you just couldn’t help giggling at. And what a fetching Munchkin he made! Alex Dunn was hilarious as the Tin Man and Dan Bianchi made for a wonderfully cuddly Lion who the children in the audience loved.

They have a great eye for comedy and the absurd, and you could see the influence of contemporary acts in characters like the wonderfully Mighty Boosh-esque cockney Wicked Witch. The show was just under 2 hours long, including an interval, but felt a lot shorter than that due to the frenetic pace that the lads kept up throughout. It’s packed with fun, action, audience involvement and laughs and they did a great job at presenting a show that you can genuinely say was for all ages. With a fair few children in the audience, some of the funniest moments of the evening came from how the cast responded to the younger hecklers who were kept enthused for the entire duration. I loved this show, the guys were just as zany, funny and entertaining as I remembered and really packed the performance with energy and laughs. 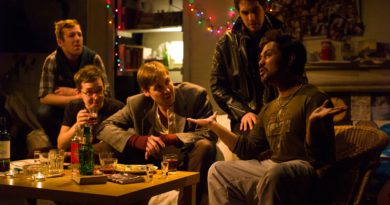 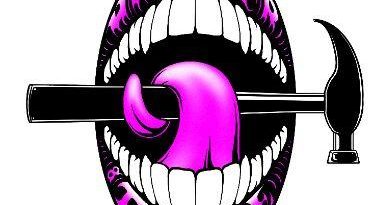