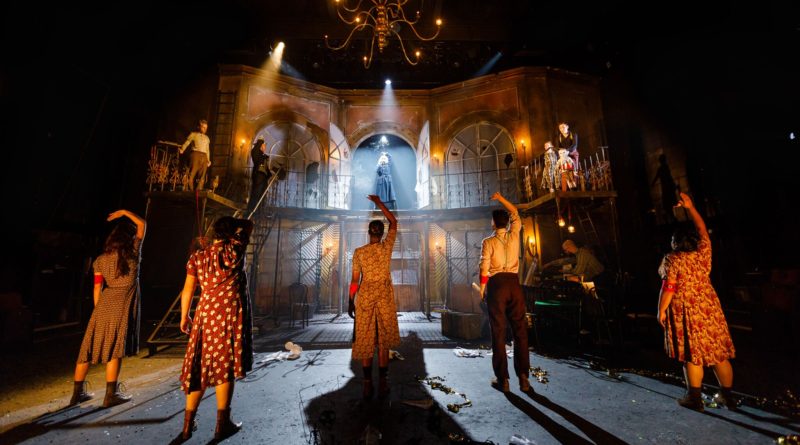 There was a time when I didn’t go to the theatre; I thought it was too expensive for a night out, not for people like me, pretentious, arty and I kept thinking all those things about the Old Vic even after I started going to other venues because … well, because. Because I’m an idiot.

I’ve seen a few things at the Bristol Old Vic now, and they’ve ranged from a pleasant night out to absolutely Wow! Tonight The Tin Drum set a new high bar, and I think it’s going to take something pretty amazing to match it.

So what is it that impresses me so much there? Well, firstly the shows I’ve seen there have all involved amazing voices doing amazing things – layers of harmonies, bodies used as percussion, hair-raising wails and haunting hums. Not in a classical music, let’s all listen quietly type of way but to rock, pop, jazz, blues styles of music.

Then there are the stories – I’d never claim to understand every nuance, every bit of symbolism or even every plot point, but I can always get the overview and the concepts, and they are often the types that stick in my mind, giving a little bit of a different view of something or a new idea about how people or the world work.

Tonight didn’t start well as first up on the stage were the director and artistic director explaining that there was a serious problem with the lighting but the show was going to run anyway. To be honest, after the first five minutes I didn’t notice. The available lighting was basic to say the least – bright white lights and big shadows – but the cast didn’t noticeably bat an eyelid and once the show started it was soon forgotten as I got caught up in the action on stage. Even without proper lighting the visual impact was there, with the backdrop of large windows never letting it be forgotten that there was a whole world out there that couldn’t be ignored and that much of it was not pleasant.

I haven’t read The Tin Drum, and I think that is a shame as I’m sure there are lots of references that completely passed me by. However, the outline of the story is simple enough to follow, although the surreal and slightly chaotic storyline meant that some things were a little incomprehensible, if not still enjoyable. In essence, there’s a romance or two or three, a child is born who becomes fixed in size at age three and he lives through interesting times. There is war, genocide, suicide, love, hope and resistance. There are many laughs, some very unexpected moments, and some scenes that are hauntingly sad. There are songs with dancing that wouldn’t be out of place in a nightclub, songs that make you want to cry (the two male voices intertwining whilst singing ‘She was my Queen’ were incredible), songs that are silly and joyful, that lift the spirit or that send shivers down your spine. There are songs where all ten voices wind around eachother, each with their own distinct flavour.

I won’t name each member of the cast, but I will say they are all fantastic. I can’t imagine what difference having the lighting down made to them but any unexpected difficulties didn’t show.

Obviously I’d be inclined to recommend that everyone goes to see The Tin Drum, but I’m afraid you can’t – it’s fully booked all the way. I know I will be looking out for more from Kneehigh and making sure that I get to see whatever they come up with next.

Bristol Hippodrome theatre review: The Curious Incident of the Dog in the Night-Time 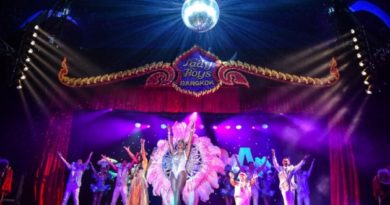