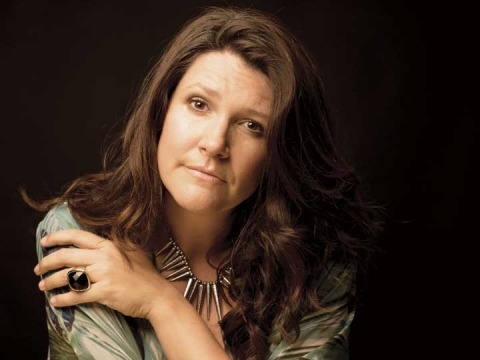 I have a confession to make. I didn’t think I was going to think much of ‘Who is Dory Previn?’ which I saw last night at the Tobacco Factory Theatre. Here was a show about a lyricist who found fame in the 60’s, someone I knew nothing about. After reading about the show, I guessed I would probably like Dory, but I also predicted that it would be good, but not something that would blow me away. How very wrong I was!

Singer and storyteller Kate Dimbleby accompanied by Naadia Sheriff on piano and vocals, takes us on an exploration of the life of this cult songwriter, with the show running for two nights only. Part cabaret, part gig and part theatre, this performance was different from anything I had seen before, but it really worked beautifully. When Dimbleby walked onto the stage, it was almost palpable how much the audience immediately liked her and warmed to her. She moved seamlessly back and forth between being in character as Dory, and being ‘Kate’, telling the story. And this is probably not really relevant to the review but Kate? You really, really have the most fabulous legs! I don’t know the singing voice of Previn, but according to overheard reflections of my fellow audience members, Dimbleby really had her off to a tee. And me? Well, I just thought her voice was fantastic. The songs of Dory Previn are really a gift to any singer, with lyrics that are so rich, expressive, heartbreaking, wise, witty and full of colour, but Dimbleby really did them justice. It’s important here not to forget about Naadia Sheriff, who also had a lovely voice, and held the performance together with her accomplished piano playing and supporting vocals.

Dory Previn was not exactly dealt a winning hand in her life, with a troubled childhood that culminated in her father having a nervous breakdown and holding the family prisoner in their own home at gunpoint for several months. It was no surprise then that Previn had demons of her own to battle, with a diagnosis of schizophrenia and episodes of incarceration in psychiatric institutions throughout her life. She was however, a woman who very much knew love, both the intense, almost unbearable pleasure of it, and the heartbreaking bleakness of it when it goes wrong. But she loved fearlessly and wholeheartedly, and I loved her and related to her because of that. Famously married to composer Andre Previn who she collaborated with on many tracks, her heart was broken for the first time when he left her for actress Mia Farrow. But she survived electroconvulsive therapy after being hospitalised again, and went on to write more introspective and confessional songs about love, sexuality and her own story. I’m not ashamed to say I cried on hearing some of these songs for the first time. What power to move her lyrics had! She also went on to love again, as we hear about her struggles with her love for a younger man in ‘Lemon Haired Ladies’. Lastly we learn of the last love she shared her later life with, artist Joby Baker, who she lived with in contentment until she died aged 86 in 2012. On Valentine’s Day. How appropriate for a woman who lived a live full of love, and lived it richly, painfully and creatively BECAUSE of love.

So who is Dory Previn? Well, for me she is someone I fell in love with a little last night. I admired her creativity and talent. We learnt that Dory decided in the end to stop her medication and give voice to the spectres of her schizophrenia, and ended up winning, writing some of the best music she ever had. It touched on my fears that sometimes, as an artist, I create my best work when I am in a difficult headspace or going through some sort of trauma, and I find this a little troubling. She is someone I could relate to, that probably most people who have ever fallen madly and passionately in love could relate to. She is someone I want to know better. She is someone who showed that happiness, love and contentment are there to be grabbed, even under the most difficult of circumstances. I adored her music, and plan to listen to more of it. Dory Previn was a complex, damaged but wonderful woman. And Kate Dimbleby? Well she is pretty bloody fabulous too. Go see this show if you can catch it anywhere else on tour. I really urge you to. You might just fall in love with it as much as I did. 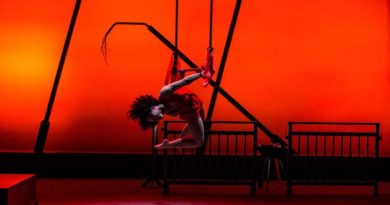 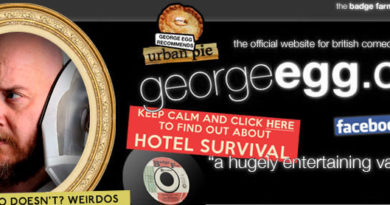