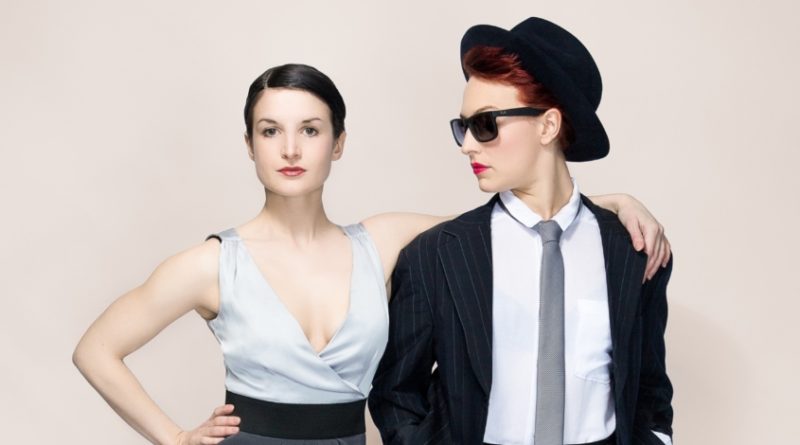 RashDash’s Two Man Show (Fringe First winner, 2016) follows in their reputation of anarchic, provocative performances that dismantle and destroy, as they create.

Starting off as futuristic goddess-stroke-alien beings, the cast give us a quick rundown of male-female power relationships right back from the Neolithic era, and just when you think it might get preachy, we are blasted with earworm punk rock anthem “This Is A Song About Patriarchy”. Think Bikini Kill hijacking your history lesson, and you’re… well, you’re probably nowhere near, but it’s as raucous and radical as that might be.

A significant part of this piece is this idea that language is failing us – that women aren’t using it correctly, that men aren’t allowed to use it outside of just getting to the point, and that all of us just don’t have the words for all the things we need to say. Hence, the music and dancing. What isn’t said is definitely felt through some of the most beautiful choreography. Performers Abbi Greenland and Helen Goalen fearlessly dive into each other’s arms, constantly switching between what could be considered the masculine and feminine holds, till they just become these strong, agender figures. In other choreography, they are statues being posed; towards the end, they are men swinging rolling pins (phallic symbols abound). The chemistry between both performers was unreal, and the movement between them was amazing, and fit the space of Bristol’s Circomedia gorgeously.

Laced throughout the piece is a more traditional sort of kitchen sink drama, two brothers are dealing with their dying father; a strained dynamic and Greenland and Goalen play it with a familiar nuance, getting every intentional shrug and loaded nod so readily used in place of a real conversation between males, shining a light on preconceptions of manhood that fail men at every turn. This is so familiar, maybe because we’ve seen these behaviours in males that we know, but I think mostly because we’re told that this is how drama about male relationships should look. Two Man Show acknowledges that this isn’t good enough.

And where words fail, there’s music. Becky Wilkie sits on stage amidst drums, a keyboard, an electric guitar, and narrates wordlessly as this magical one-(wo)man band. Sampling her own playing, and singing, sometimes screaming, and layering it live, she has this incredible way of building the music until it’s just a wall of sound, as overwhelming as it is moving. The vocals in some of the more folk-inspired pieces were great, all three harmonising beautifully, and sometimes these were more effective than the high-volume punk-rock of other moments.

What I love most about RashDash’s work is that instead of examining how we should discuss issues- in this case, gender, patriarchy, and language- they just do it. Two Man Show smashes through gender, dances through masculinity, and examines what’s left in the wake. Instead of being careful with the subject, it’s violent with it, and all the more powerful for that.

Into the West at Bristol Tobacco Factory Theatre 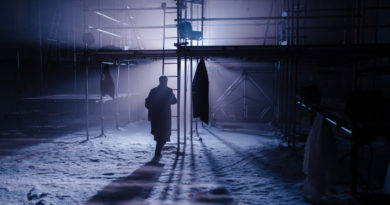