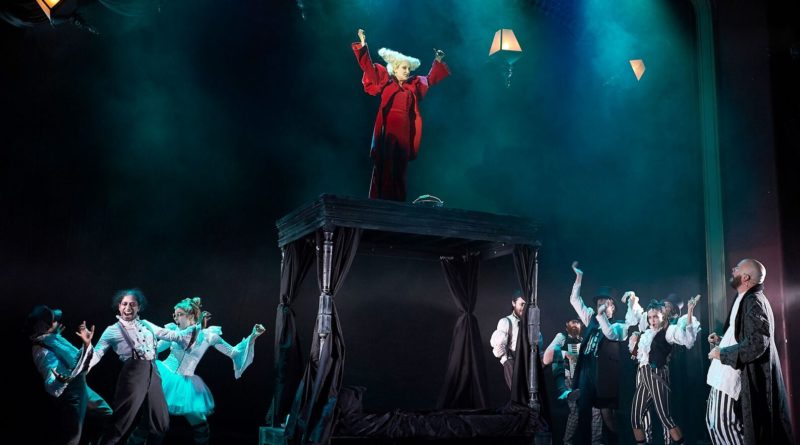 Bristol Old Vic has picked a classic this year for their festive headliner. A Christmas Carol is a story that everyone knows and associates with the season. This production is in the capable hands of director Lee Lyford and Bristol Old Vic Artistic Director Tom Morris who has adapted the show for 2018. I couldn’t wait to see what they had in store for us, and to see if this show is worthy of its standing as the fastest selling Christmas show in this theatre ever.

We all know the character of Ebenezer Scrooge, and we all probably know a real life Scrooge too; the phrase ‘Bah Humbug!’ is embedded into our language for those without Christmas spirit to voice their displeasure over this particular holiday. Scrooge is a self-made rich man who shows little empathy for the plight of his fellow man and delights in increasing his wealth at the expense of others. After a visit from the ghost of his recently deceased partner Jacob Marley, his carefully constructed worldview begins to unravel as the ghosts of Christmas Past, Present and Future visit him and he is forced to confront some unpleasant home truths. Bristol Old Vic regular Felix Hayes takes on the part of Scrooge, and he really does inhabit the character magnificently. Despite being grumpy and unlikeable as a character, Hayes manages to bring humour, vulnerability and eventually humanity to Scrooge. The scenes of redemption at the end of the show are played with childlike exuberance that is quite adorable. I also really liked the focus on his previous relationship with Belle (played by Crystal Condie), which gave us an insight into what led Scrooge to become the man he did and hinted at the likeable yet insecure person underneath all the humbug and bluster.

I found the staging of this show really interesting. A Christmas Carol is a tale that usually conjures images of chocolate box Victoriana, a wholesome setting where everything is covered in a crisp white layer of snow. Designer Tom Rogers has moved away from stuffy Victorian clichés and created a stripped back setting with contemporary references to help make the story more up to date and relevant. I normally don’t like staging that is too modern and bleak, but somehow this added to the piece as I engaged more with the story and the action on the stage. During scenes of feasting and frivolity the costumes become more colourful and sumptuous, moving towards the finale where Scrooge really shows his true colours. I also liked the fact that the character of Bob Cratchit played by Nadia Nadarajah communicated her role through the use of British Sign Language. This could potentially have felt a little clunky and forced if not done well, but it really added to the show and made me wonder why inclusivity is not beautifully weaved more often into other shows too.

For me, this show was just perfect in every way, and it enchanted my nine-year-old daughter too. Much as I didn’t want to drag my eyes away from the action, I also regularly took a glance at her to see her face as she laughed, reacted with wide eyes to some of the theatrical trickery employed and remained mesmerised throughout. It felt right that the Bristol Old Vic are bringing their ‘Year of Change’ to an end with a show that points out the importance of challenging injustice in society and that demonstrates even the most hard hearted of us can change for the better. Director Lee Lyford writes that he hopes they have “made something joyful that appeals to our sense of community; something to remind us at this busy time of year that the world could be a little kinder and in this, we all have an important part to play.” Well, you really have all made something joyful Lee, we loved every minute. 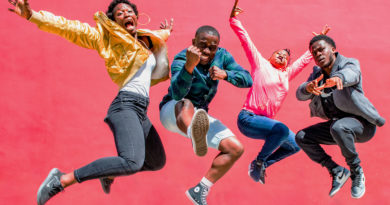