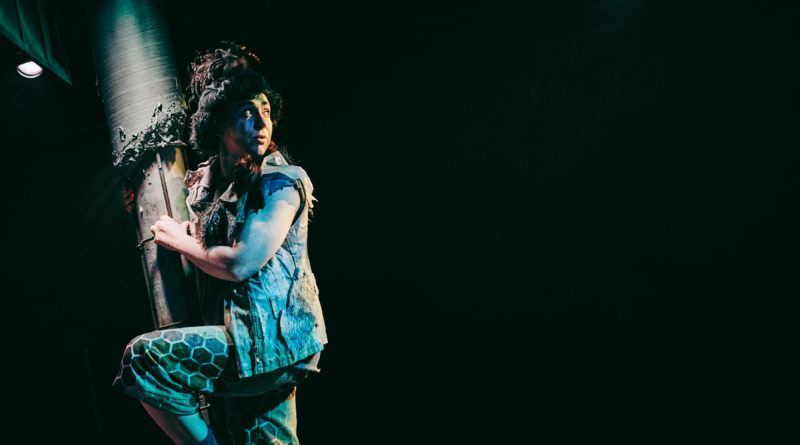 Where do we start with Shakespeare? Let’s face it, there is always an assumption with Shakespeare’s plays that they are highbrow, boring and only for the intellectual elite. Judging by the crowd at the Tobacco Factory Theatre this evening, this is still partially the case, with the theatre bar packed full of very nice, well meaning, well spoken, well educated types. So what the ‘Puck’ was I doing there? To be honest, I was having a great time and this was one of the best productions of a Shakespearean play that I have seen in years. As always, there was the usual word porridge that is dense and occasionally difficult to follow until you get used to the flow of the exquisite verbal music.

To those unfamiliar with the story of A Midsummer Night’s Dream, look it up on Wikipedia or just read it, because it is complex and weaves a web that is hard to explain in a simple review. However, because I am obligated to do my best here, the basic premise is that Duke Theseus of Athens is about to marry the Amazon Queen, Hippolyta and wants to celebrate the day. Meanwhile a local dignitary by the name of Egeus brings his daughter Hermia before the Duke asking for the invocation of ancient Athenian law to put her to death for refusing to marry the man her father wants her too. The Duke reluctantly agrees and she still refuses to marry Demetrius, even though it will mean her death, stating that she is in love with Lysander. Hermia later meets with Lysander and they agree to run away together through the forest under the light of the moon. Hermia confides in her friend Helena, but due to Helena still being in love with Demetrius after their break up, she has her own plan and sets out on her own scheme to win him back. Meanwhile, a group of local actors are preparing to perform a play for Duke Theseus’ wedding and are rehearsing in the forest. At the same time Oberon, the Faerie King is arguing with his wife Titania about her refusal to pass over her baby to him. Oberon plans to punish Titania and uses a love potion that will make her fall in love with the first creature she meets. He orders his faerie assistant Puck to drop the potion into her eyes and then into the eyes of the young human lovers who are seemingly running about the forest at odds with each other. There is a whole load of mischief and mayhem, the wrong people fall in love with each other, then they are cured and the right people eventually fall in love with each other and the Duke arranges for them all to marry at his own wedding ceremony, much to the annoyance of Hermia’s father.  Yeah, this one is complicated and there is a lot to follow, so if you are not familiar with the story do read up on it first so you know what to expect. However, the Tobacco Factory Theatres Company subverts the story, bringing in modern gender and sexuality politics. Hermia and Lysanda are two women in love with each other. However, Hermia’s father Egeus has declared that his daughter shall marry Demetrius and Demetrius is keen to follow through with this, despite the protestations of his former lover Helenus, a young gay man he recently spurned. The story follows the same principles, only we are looking at a bisexual man, a gay man and two gay women, fighting the system for the autonomy to love who they want to love. This is a modern moral tale, dealing with misogyny and homophobia in its many disturbing facets.

I was almost in tears as I watched Lysanda, played to beautiful perfection by Evlyne Oyedokun, declare her love for Hermia, played by an almost equally perfect Paksie Vernon, in a performance that frankly was sublime. Demtrius played by Dan Wheeler reminded me of a less bitchy Joe Lycett and was utterly wonderful. Helenus was played joyously by the Joseph Tweedale. Duke Theseus was played convincingly, if slickly evilly, by a powerful Luca Thompson. I have to say that of all the performances I saw this evening, Evlyne Oyedokun really stood out with her portayal of Lysanda, which was utterly heart stopping and at times almost painful to watch as her distress and her anger poured from her.

The cast also played several other roles through out the show, requiring many complicated costume changes, with them being done with the slick professionalism of a well practiced company, with hair, make up and full costumes changed in what could only have been seconds. Costume supervisor Ruby Makin deserves a medal and the keys to the city for what was achieved during this production. The costumes were also remarkably beautiful, as were the simple and often subtle sets. If society were more accepting of openly showing difference and wild creativity, I would love to go out wearing one of the faerie costumes. But alas…

Technically, the production this evening was flawless. The sound, the stage design and the lighting were among the best I have ever seen in this theatre, making full fabulous use of the staging area. This was a production that would easily sit in a larger, more prestigious venue while out performing other more well known professional companies. The silence that hit the audience as Hermia kissed Lysanda, while Helenus kissed Demetrius, was so respectful and so loving as our hearts melted when the loving couples finally come together as they should be. I will admit that it was my tiny “Awwwww” that echoed around the room at this moment, as my heart filled with the joy of seeing love breaking through prejudice and convention. However, there was one moment which I found incongruous with the main message of the show and this came at the very end, with the character Flute (played by Demetrius actor, Dan Wheeler) portraying a talentless Athenian actor, poorly acting as a woman, while wearing a rather revealing short dress and trying to cover himself up. I am aware of the context of the moment with that character, but the joke of him pulling down his skirt to spare his decency seemed a little weak when compared to the more subversively clever material elsewhere in the show.

If I were asked if there were any other moments that I struggled with, it would be that only one of the women found any form of resolution, when she brutally murdered her husband for his abusive treatment of her. I am not sure how the other female character could be resolved in as equally satisfying way, given that one hopes that women kept in such domestic servitude are becoming a thing of the past and it has to a certain degree, remain true to the story, which was written in the seventeenth century. Don’t forget though that in the seventeenth century, views on homosexuality were quite different to those of the twentieth century when most of our generation were born, given that they were in some ways more accepting in some instances! Thank goodness that we of the twenty first century have embraced the acceptance of LGBTQ+ people… At least we are trying to do so. There is still so much left to achieve on this progression and this production has worked hard to show this wonderful progression, especially if watching two beautiful same sex couples share a kiss on stage would make you feel uncomfortable. Anyway, this is not an essay on gender and sexuality politics, which would probably be quite dull if written by me anyway, so we shall leave that point there, waving a rainbow flag!

I would also say that every member of this cast are well worth looking out for in the future as they go on to other projects. It was only the sheer brilliance of a few future stars, that made it possible to draw any comparisons between them. Lets put it this way, comparing the performers I saw tonight would be like comparing diamonds with rubies or emeralds, no matter what, you would be extremely happy if you found one in your pocket! Actually that sounds a bit rude, which leads me onto my final comment. Were there any scenes that I found to be shockingly funny during this show? Well there was just one moment, but it was so elegantly done and so hilariously funny, cutting it from the show to make it more ‘child friendly’ would be a criminal act! Will I tell you what that scene was? No… go and see it and then guess for yourself!

I would like to extend my appreciation to all of the staff that work at the Tobacco Factory Theatre, with my personal gratitude to the member of staff who upon seeing that I am a disabled person, who walks with a stick and was obviously struggling this evening, arranged to change my seat for me, making it easier for me to be comfortable through out the two and bit hours that the show lasted. Making theatre accessible to everybody is hugely important and a small gesture like this goes to show just how dedicated the Tobacco Factory team are to this goal and I was impressed by the professionalism shown. However, I was less impressed when my disability was pointed out to me by a fellow patron, during the interval, while queuing for the lavatory. Yes, accessible toilets are provided for disabled people, but my use of a cane does not mean that I am unable or disallowed from the main toilets! Come on people, the message was in the play… on the stage… Do we really need to spell it out? I guess that we still have a long way to go after all.

This show was wonderful in so many ways. A huge ‘Thank You’ to all of the cast, production team and staff at the Tobacco Factory Theatre. 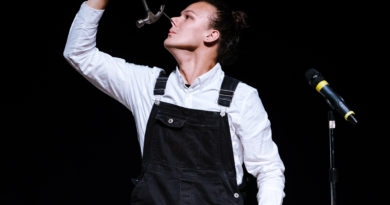 The Best of BE Festival at Circomedia 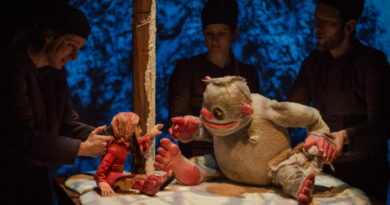