One of my six year olds favourite bedtime story books is The Singing Mermaid, written by Julia Donaldson (the author of The Gruffalo) and illustrated by Lydia Monks, so she was thrilled when I told her I would be taking her to see the live version of the story at the Bristol Old Vic presented by Little Angel Theatre. In the story, the singing mermaid is tempted away from her beautiful home at Silversands and all her sea creature friends by the promise of fame and riches singing in a travelling circus. As we find out though, Sly Sam who persuades her to join him is up to no good, keeping her in a small fish tank and imprisoning her each night in her caravan. Will the singing mermaid and her new friends find a way of helping her escape back to her home by the sea and her beloved friends or will she remain trapped in the circus forever?

Most of the theatre aimed at children we have seen at Bristol Old Vic has taken place in the studio theatre spaces, so it is always a treat when the performance takes place in the main auditorium, as with this performance. The first thing that struck me upon taking our seats in the pit was how the staging set up made the show seem much more intimate than you might expect from a piece performed in the main theatre, which has staged some pretty big and spectacular pieces in the past. The action was performed at the front of the stage at all times and the circus themed set was also brought right forward on the stage. For me, this made the whole thing much more engaging as the younger audience members could feel like they were very much part of the action. Before the show even started the small cast of three made up of performers Elaine Hartley, Samuel Dutton and Steinunn McQueen were on the stage and engaging with their audience. Samuel who took the role of the wicked circus master Sam Sly was walking amongst the seating and chatting with the children, and Elaine and Steinunn were performing a repertoire of circus skills with juggling, hoop spinning and stretches, which we were encouraged to join in with. The rest of the show is equally as fun. I was wondering how they would pad the story out to make it last nearly an hour, but the short little picture book story is conjured vividly to life for its young audience using a whole host of puppets, music and songs, and the whole thing works really well. From the simple yet colourful and visually pleasing set to the excellent singing voices and puppetry skills of the performers, this was a lovely little show. I have also been to a few too many shows recently where the company try and push the performance to over an hour (maybe as they believe this is giving value for money?) which I always feel is a little too much for this age group. At just under an hour the show felt tight and it didn’t lose its target audience for a second, the way the performers interacted with the audience helped enormously too.

Overall, we both enjoyed this show, and my daughter laughed and joined in and commented on what she thought of the action throughout. She is a typical six year old; when asked what her favourite bit of the show was, she once again collapsed into giggles and told us that is was “the bit where the seagull pecks Sam on the bottom!” We would both recommend this show, especially if your children also love the book. It is really true to the story and the look of the book and lovely to see it come to life on the stage. 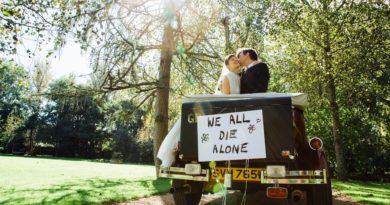 Juliet & Romeo at The Grand Pier

War Horse is coming to Bristol