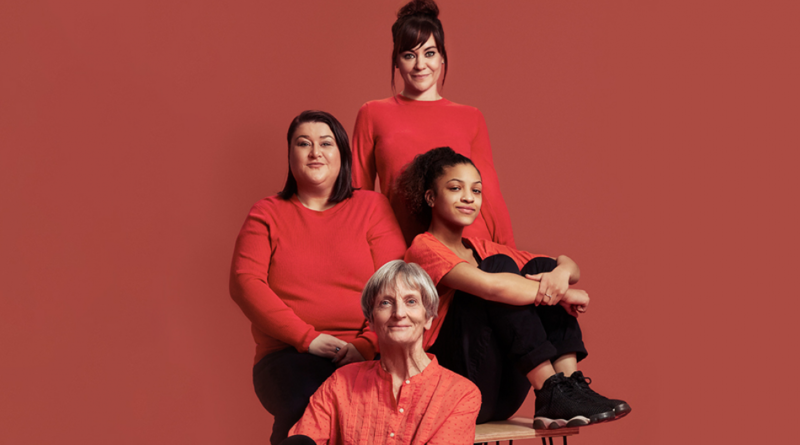 Think ‘community theatre’ and you might be forgiven for conjuring images of amateur pantos in the village halls of sleepy little English villages. On Sunday, I had any preconceptions of what community theatre might look like shattered by seeing Acts of Resistance at the Bristol Old Vic, an ambitious collaboration between Bristol Old Vic, New Perspectives, Theatre Royal Plymouth and Brewery Arts Centre. Part of Headlong’s outreach community work, the show features a cast of 36 non-professional actors and community members from across England. On reading up about the show before I came to the theatre, I learnt that each community company had rehearsed their scenes in isolation with their respective Associate Directors, and that the four groups only came together for the first time as a whole on the 3rd of April to pull the show together. This only gave the cast 4 days to polish it all for the main stage of the Bristol Old Vic, which is no mean feat. Because of this knowledge, I came to this review with a spirit of generosity, willing to forgive if things were a little rough around the edges. How foolish of me this mindset was; I was absolutely bowled over by the quality of this show.

Set in the not too distance future, four different women raise their heads above their individual parapets to lead their respective communities and tribes to a mass anti-fracking protest in London. There has been much to protest about in recent months with our turbulent political system, so this all felt very timely and relevant. Each woman comes from a different world with different problems and issues to resolve. A grieving woman who has lost her husband after decades of marriage (to the arms of another woman rather than the grave) finds purpose in persuading the local women’s institute ladies to attend the London protests. A family wrestling with the loss of one of their members need to stop their ship from sinking, both metaphorically and quite literally! A group of inner city school children are struggling to find both their place and their voice within their city, and three generations of women who have been scarred by the miners strikes of the eighties which divided the nation and communities reunite in the shared experience of protesting together as a family.

I thought that Acts of Resistance was an excellent piece of theatre in its own right, and not just because it clearly meant so much to the communities of Bristol, Kendal, Plymouth and Mansfield. Ok, so there were a few lines and words that the cast stumbled over, but this didn’t matter one bit. Each group was given the chance to shine on the stage, and the clever script from Stef Smith kept the action flowing seamlessly and the story moving at a pace. Each main character had moments of brilliantly engaging dialogue, but for me the stand out performer was the young girl from Bristol who so eloquently voiced her struggles to find her place in the city that she loved when everything seemed stacked against her. It was so moving, and it I found it hard to believe that she was not a professional actor with years of stage experience under her belt.

In the finale, the stage is filled with the voices of protesters as the women and their communities rise up and join together. However, we are also reminded that hope alone is not enough. There won’t be a happy ending for some of these women, and they will still need to keep on fighting to make their voices heard. For me, the play proved to be really important in provoking me to consider how best I might make MY voice heard. I struggle with the idea of mass protests as I am an introvert who also sometimes suffers with anxiety. However, there is a mass protest coming up next week in London, and I feel spurred to action. This ‘community theatre’ group has reminded me that my voice counts, but in order to have any hope of making change happen I need to make my voice heard. I have decided that I WILL head to London this weekend to take part in the week long Extinction Rebellion peaceful direct action which calls for a full-scale Rebellion to demand decisive action from governments on the environmental crisis. And yes, I am a little bit scared. So, to Headlong and all the wonderful cast, not only have you put on a great performance but have spurred me to action, and I thank you.