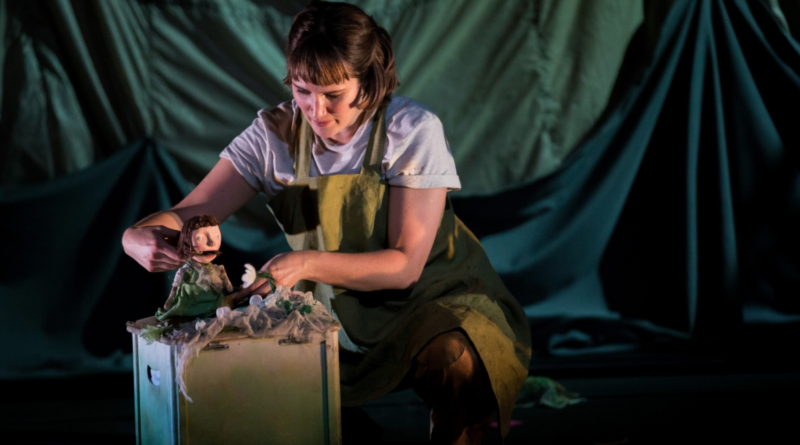 On Wednesday 10 April I took my three-year-old son to Bristol Old Vic to see The Selfish Giant, an adaptation of Oscar Wilde’s classic story brought to the stage by Soap Soup Theatre and Tessa Bide Productions.

The performance was staged in The Weston Studio, Bristol Old Vic’s intimate performance space that is dedicated to brand new content and work for young audiences. For young children just beginning to experience theatre this is the perfect venue. It’s laid out like a traditional theatre but in miniature with two tiers of seating. A child can see and hear everything clearly; it’s the full theatre experience but in a manageable package.

The show begins with Grinter the giant coming into her garden on the first day of spring. The stage is set minimally with metal bars forming the base from which a magical garden is created. Grinter begins to unpeg white fluffy garments from a washing line and replace them with vibrant green and pink garments; this represents the snow melting away and the new plants emerging in spring. This motif combined with clever sound and lighting is used throughout the show to indicate the changing weather.

Next we meet the children, keen gardener Poppy and her friends, playful puppets who sneak into the garden unbeknownst to Grinter. But soon the giant finds a clue in the form of a tiny little book and begins to search the audience to sniff out the children. The young viewers squeal with delight at this point; they really enjoyed being involved in the show.

Grinter is furious about the children invading her space and decides to build a wall to keep everyone out. With the pull of a string an old parachute transforms from pointed snow capped mountains into a tall grey wall, but Poppy is stuck inside.

After a shaky start the two become the best of friends and the show comes to a heartwarming end as Grinter and Poppy realize that deep down they are more alike than their appearances would let on.

There is a playful sense of scale throughout the show, Rosamund Hine plays Grinter herself and also operates the Grinter puppets while Tessa Bide acts and puppeteers as Poppy. Matching costumes for the actors and puppets ensure that the changes are seamless. The puppeteering is so captivating you almost begin to believe that giants are real!

The performance had a run time of 60 mins with no interval and at the end we were invited onto the stage area to meet the actors and puppets up close and personal.

I would highly recommend this show for anyone who needs a little enchantment in their life, my son was absolutely captivated and has gone up to bed still chattering about giants and magic gardens.

The Selfish Giant is on tour throughout April. 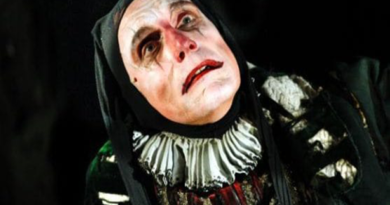 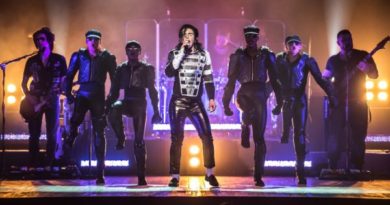 Jackson Live in Concert at The Playhouse, Weston