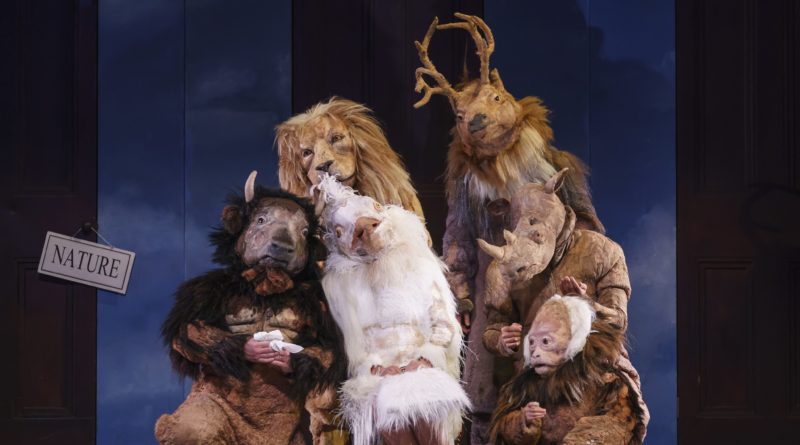 The person I took to see an opera yesterday has never been to one before. In fact the words ‘I’d rather poke cocktail sticks in my eyes’ have been used on a previous invitation, but this time I had a companion drop out due to illness so Rachel was grabbed at short notice. I thought she might like it more than she expected, what with her being a dedicated musical-theatre goer.

This production of The Magic Flute from the WNO turned out to be a great introduction to opera for her. It was the first one I’ve seen performed in English, although the surtitles are still there so if you don’t catch all the words you can still keep up; there are spoken sections and it’s very light and fluffy and funny. It’s also visually stunning. I’d love to be a fly on the wall when the WNO designers get together. ‘So this time we’re thinking bright orange suits. With extra long jackets. Bowler hats. Oh, and I know! Lets give the chorus bright orange umbrellas too, so that when they’re under the trapdoors with only their bright-orange bowler-hatted heads poking up onto the stage they can wave the furled umbrellas around sometimes too’. ‘OK, but what about the animals?’ ‘Well, the lion obviously needs to be reading a newspaper. And let’s aim for a general feeling of sardonic’.

That might be one of the things I love about opera actually. Thinking about it, and after chatting with Rachel last night, I’ve never seen any musical theatre that begins to approach the levels of insane weirdness that comes with some operas sets and costumes.

She liked the full orchestra, and being able to really see how the music is made. She liked the wit and the costumes and the easy-to-follow storylines and the crowd. I think we may have a new opera convert, though I’m not sure she’d have felt the same if one of the great tragedies had been the introduction.

So apart from all that, and on top of the sheer insane beauty of the sets and the costumes and the lighting and all the wonderful visual weirdness, it sounded amazing too. I’m not even going to start naming names because the whole cast would have to mentioned – from the Three Ladies to Pamina and the Queen of the Night, the female singers were spine-tingly amazing, the clarity and sweetness of the young boys voices was exquisite and the various males leads and chorus were a joy.

That’s all I can say really – it was another fantastic evening, and I’m happy that another person might be starting on the journey that I did a few years ago when I first realised that opera really is an accessible art form, it’s not pretentious and stuffy but can be light and silly and fun and sad and moving and beautiful and strange. 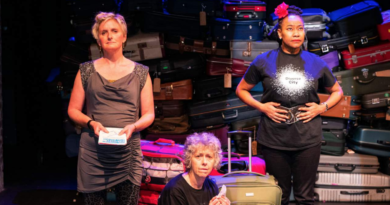