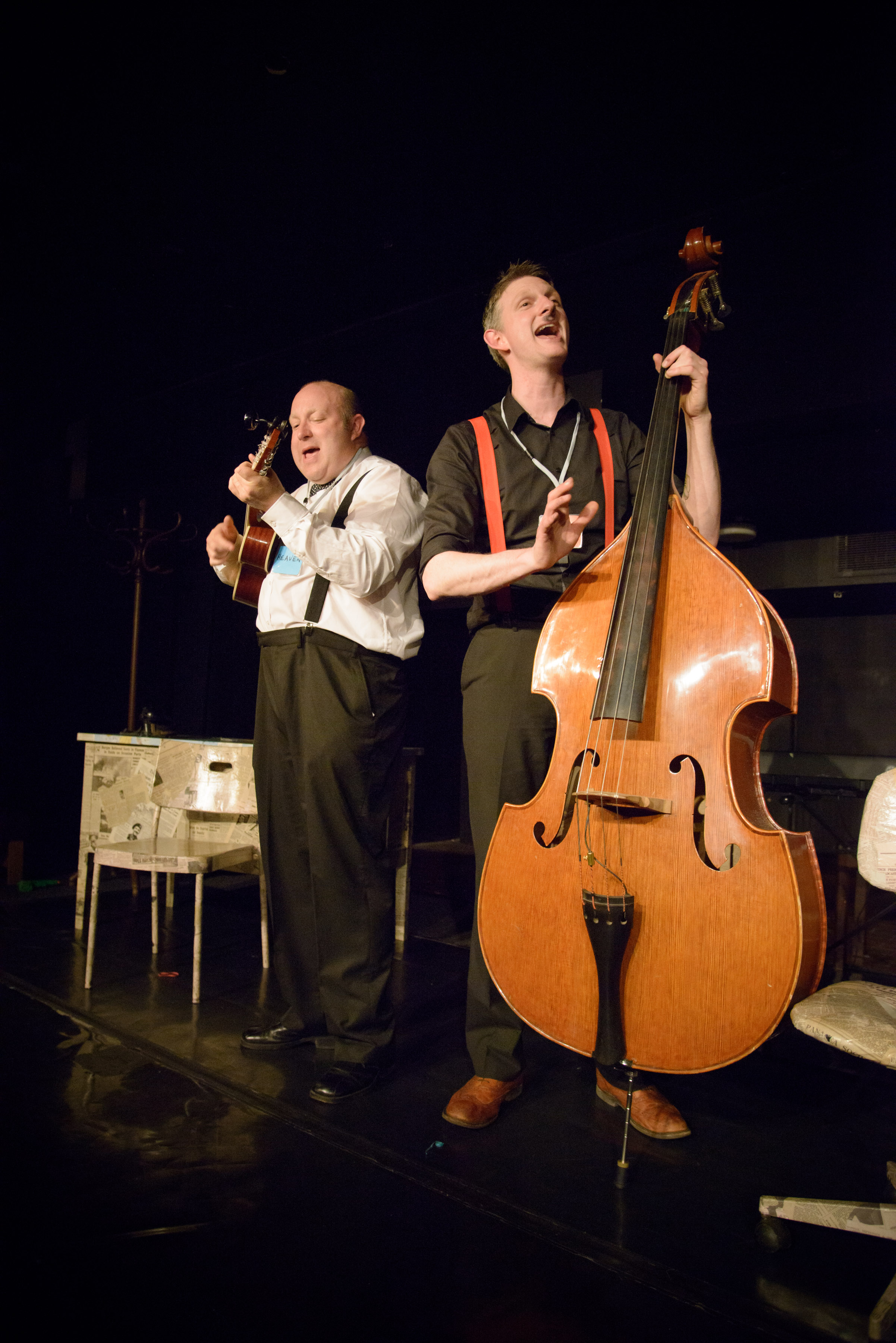 Living Spit aka Howard Coggins, Stu Mcloughlin and their director Craig Edwards are back in Bristol with their latest offering ‘Adolf & Winston’. When describing themselves, the Living Spit theatre company tells you that they “make poorly researched historical comedy-theatre shows about people that at least one of us vaguely looks like.” Now, I don’t want to get argumentative this early on in a review, but I will disagree with them here. I’ve seen their other shows, and the attention to detail and research is part of what makes them great, even though they try to hide that behind all the silliness. As we took our seats in The Brewery Theatre my attention was drawn to the music playing. ‘War’ by Edwin Starr, followed by ‘(We Don’t Need This) Facist Groove Thing’ by Heaven 17. It was subtle, the music playing quietly. You might have missed it if you had been chatting too intently with your companions. But these clever little details were an indicator that we were in for a great night.

The tone for the evening is set the moment the boys walk onto the stage. The image of Winston Churchill in speedos is one that will stay with me for a very long time. (Mainly because I think it is burnt into my retinas.) The show keeps a frenetic pace throughout, with the usual mix of songs and ridiculousness. Covering the whole of World War II in an hour and 10 minutes is no mean feat. Howard and Stu perform brilliantly as the ‘people they vaguely look like’. There is always a danger with taking on Hitler and turning him into a comic character that you may push the realms of good taste a little too far. Stu manages to sell him to us as both a raging maniac and a slightly camp giggling buffoon. His swansong just before he meets his demise in the bunker is nothing short of genius. Howard manages to be the slightly more convincing historical figure as ever! His Churchill is silly, yet he manages to portray the fighting spirit yet flawed nature of this great British historical icon. For me, Howard had two equal stand out moments with his portrayal of two supporting characters. His flamboyantly camp Rudolf Hess was very much in the style of the wonderfully politically incorrect ‘80’s sitcom ‘Allo Allo’, and his Eva Braun had me giggling, especially during the piano playing.

This show was perhaps not as hilariously funny as some of the other Living Spit Productions I’ve seen. (Certain moments during their Elizabeth: Virgin on the Ridiculous had me laughing so hard I was cursing my decision not to go to the loo before the show started). It still tickled the funny bone though, well and truly. Perhaps the subject matter of war is just never going to offer as much comic potential. There were a few poignant moments in this show, which is becoming a bit of a signature for these two in amongst the comedy. For me, these poignant bits did not quite work somehow when juxtaposed with the comedy. However, it’s a bit of a dilemma I suppose. How did you get through a show about the Second World War (albeit a comedy show) without mentioning the terrible suffering of the Jews, and all the millions of lives lost? It’s not exactly a laughing matter, and Howard and Stu did the best they could in acknowledging that.

Living Spit are clever blokes, and Adolf and Winston is another great show in their repertoire. The ‘World War II in 15 minutes’ section was utterly inspired. If history was presented in this way in school, then an awful lot more people would grow up with an interest in the subject, and a thirst for more. Mind you, you’d need to take out the swearing. Some of the jokes are very close to the knuckle. And you would also need to lose the bloke in the stupidly tight speedos. This show has a 16+ recommendation, and is very definitely not for kids. But adults? Go see them, I really urge you to.

We love you Living Spit, and yes, we quite agree. We would like to see you at the bigger theatre down the road too! 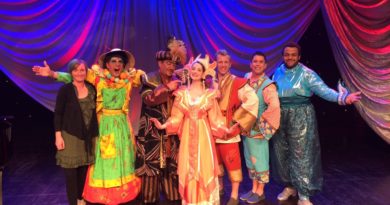