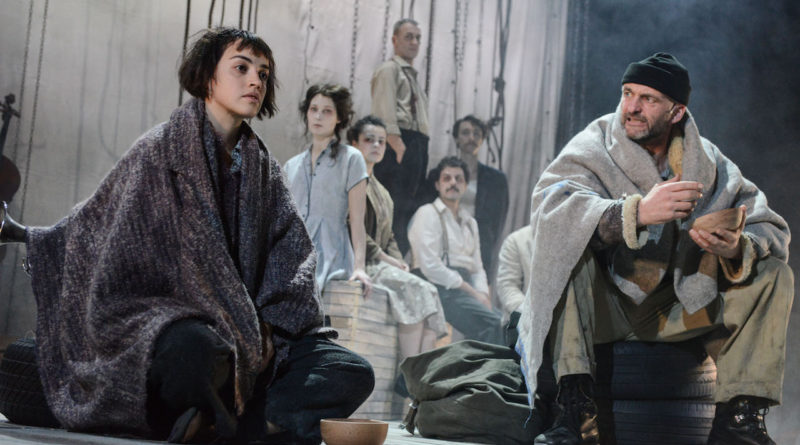 The stage at Bristol Old Vic is, tonight, a sea of ropes, telegraph poles and tyres. A sea, the Street or a circus, the background flitting from blue to red, thanks to Aideen Malone’s lighting, depending on the setting. Our friends are a lively ensemble of musicians and actors, the main characters and the story based upon those of Fellini’s acclaimed film, La Strada.

The plot of La Strada is uncomplicated, played out in post-war Italy. Gelsomina has been sold to life on the road with Zampanò by her financially desperate mother, who has been widowed in charge of a large family to feed. Aware of her differences “Mother always said I wasn’t like the others”, the poor girl is about to experience a life that she could never have imagined, one full of colourful characters, poverty and struggles. In the 1954 film, the actress who played Gelsomina, Aunt Giulietta, became known as ‘the female Chaplin’ and it’s evident that Audrey Brisson, in the role of our own heroine, has taken that cue to portray this Innocent on stage. Brisson is a mash of bewildered child with additional needs and clown/mime artist, pouring fourth a sweetness that makes you instantly worry for her, even as she builds up resilience to the world around her. Stuart Goodwin’s Zampanò, on the other hand, is macho in the extreme and a very believable escape artist living hand-to-mouth, his cruelty masking a man who would like to be given the chance to love, perhaps. In their search for work and food, the pair bump into an old rival of Zampanò’s, Il Matto (the Fool), played by Bart Soroczynski, whose circus skills and acrobatics leave us gasping and applauding as though we really are sitting under the big top.

La Strada is directed by Sally Cookson and it has her stamp all over it; so many recognisable theatrical devices. What Cookson does best, though, is teamwork. The cast bubbles with unity, flowing together effortlessly, individuals grown of the same mould. You can tell that they are mid-tour as they support each other, a glint of recognition in every eye. Cameron Carver’s movement direction is sublime and the ensemble constantly morphs from mirror image of Gelsomina to interested crowd member or musician without us even noticing. That is the real beauty here (I’m not convinced of the necessity of the tyre dancing though)

Benji Bower has written an original music score and, once again, anyone who is familiar with Bower’s work will know it’s him instantly (Mark heard echoes of Zen Hussies, Mark Hollis and Tindersticks). And we are all in love with Tatiana Santini, after her sultry, sexy Swing number – we hope to hear more of her voice but she sinks back into the ensemble, cloaked in another of Katie Sykes functional costumes (Sykes also designed the set).

La Strada offers an evening of easy entertainment, no thought process required. Just sit back and enjoy the bitter-sweet taste of it all. A fun night out. 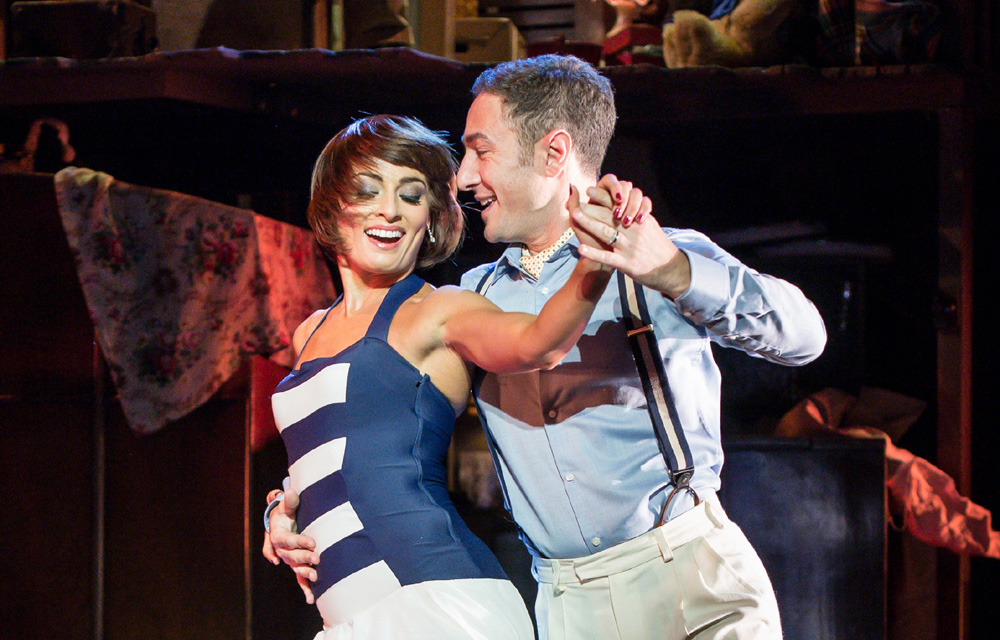 Mice on Skates at Brewery Theatre