Lifesaving charity, The Weston RNLI, has raised £2,162 thanks to the support of The Grand Pier.

Every year the RNLI holds Lifeboat week in order to raise awareness of its lifesaving efforts across the UK coastline.

The opening ceremony was held on Weston’s Grand Pier and fundraising collections continued for one week.

Peter Elmont/Glyn Hayes, said: “The Bristol Channel is one of the most dangerous waters in the world due to its high tidal ranges and every year hundreds of tourists get caught out by the rapid rise in sea level.

“Thankfully Weston’s RNLI (Royal National Lifeboat Institution) volunteers are on hand to quickly respond to save those in difficulty at sea.

“Funded by charitable donations the RNLI relies on its fundraising efforts in order to continue this lifesaving work.

“We are therefore thrilled with the generous donations made at this year’s RNLI week and the support offered by The Grand Pier.”

Paul Charalambous, Grand Pier General Manager, said: “The RNLI offer an invaluable service across our coastline helping to save the lives of hundreds of people at sea.

“We are therefore delighted to offer our continued support wherever possible to help the charity continue its work.” 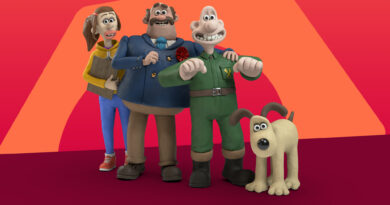 Wallace & Gromit: The Big Fix Up