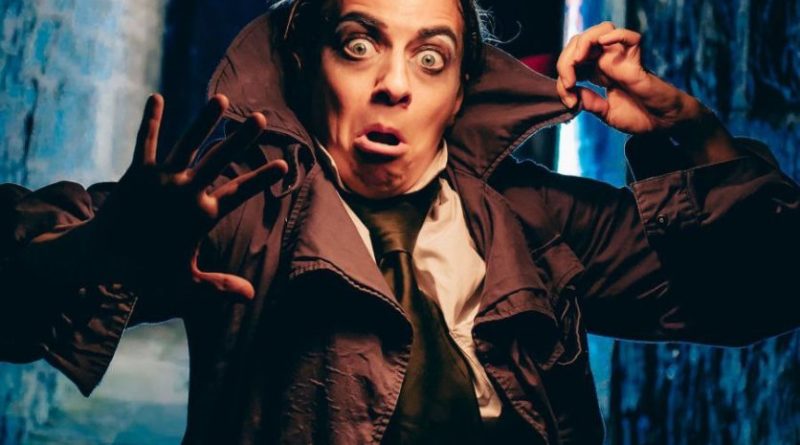 Butt Kapinski is the most brilliantly ingenious and hilarious show I have seen in aaaagggeeessss – I can’t remember the last show where I was 150 per cent engaged and genuinely laughing all the way through. I knew it was going to be a unique experience before the show started, as the audience were ushered in we were told ‘no seat is safe’ and to put our bags and drinks off the floor as much as possible. The stage is ignored and chairs placed on it; the audience sat everywhere and were expected to be part of the ‘choose your own adventure’ story, theatre style.

Deanna Fleysher involves everyone and very quickly had the audience on-board, acting out blood gushing from dead bodies, the press, buildings, and provocatively a peadophile, who Butt Kapinski simply discusses the weather with, pausing in the moments most performers and shows would choose to avoid.

This is a show for people who want to experience immersive comedy, where they can co-create a film-noir murder mystery in the theatre. Travel through the shadows, led by Deanna and her indefinable alien accent that demands you pay attention. Dressed in an adapted private detective jacket with a huge street lamp emerging from the back, Deanna grabs the audience and interrogates them for the next part of the story, over and over again.

Who knows what was improvised and what was prepared – it felt like anything could happen and that the audience could change the pathway of the story… possibly.

It’s worth travelling to see this show, go to Liverpool, go to America – follow Butt Kapinski and be involved in his life.

See what else is on at The Wardrobe Theatre