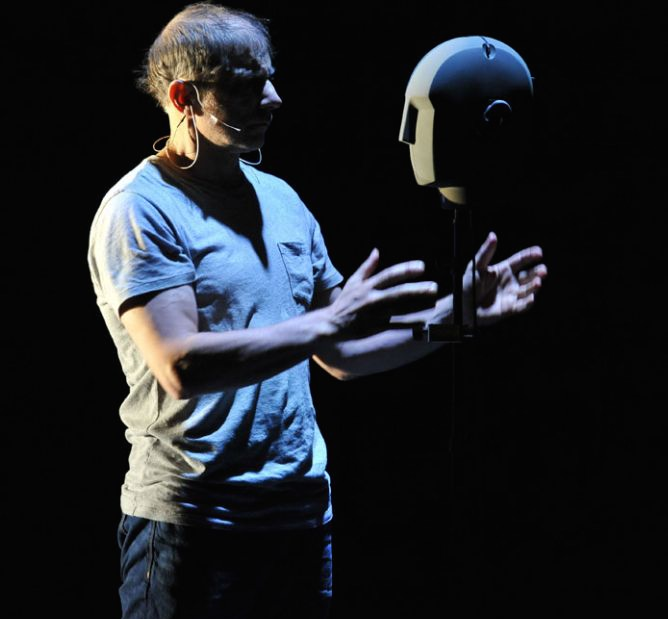 Last night at The Bristol Old Vic, I witnessed some of the most innovative and interesting theatre I have perhaps ever seen in this auditorium. The Encounter is presented by ‘Complicite’ and is directed and performed by Simon McBurney. It tells the story of Loren McIntyre, a National Geographic photographer, who finds himself lost in the Amazon Jungle among the people of the remote Javari Valley in Brazil. This is an encounter that will force him to examine the limits of human consciousness and change his life forever. The innovative part that I mentioned is that the audience is immersed in the story and drawn into it through clever use of sound. This 3D ‘soundscape’ is transmitted directly into headphones we are asked to wear throughout the performance. At first I was sceptical as to why we needed headphones, and why the sound could not just be heard as we normally would in a theatre. After the show? I understood the reasoning and the concept completely.

The Encounter was one of the most extraordinary things I have ever heard, which is an odd thing to say about a medium which usually equally about the visual, but my choice of words is quite deliberate. In lots of ways, it was extraordinary to watch too, such was the power and commitment of delivery by McBurney. However, much of it I didn’t actually watch. I closed my eyes for lots of this performance, because it was so much about the sound. We were submerged in it. We drowned in it, we got swept away with it and it filled me completely. I also found that if I closed my eyes, then the sound made me feel like I could actually be there in amongst the Mayoruna people in that Amazon rainforest. Never have I been so fully transported into a story during a show. I sensed the mosquitos buzzing and had to fight the urge to bat these imaginary bugs away as they felt oh so real. I felt the vibrations of the tribal dancing rising up though through my feet and into my belly, and in my ears simultaneously. I heard the voices in my head, echoing the communications between McIntyre and the tribal elder. When McBurney breathed into the microphone, I felt the warmth of it in my ear as a physical sensation and was sure of his presence behind me even though my rational brain knew this could not be; an incredibly intimate thing. It was an astonishing experience.

The Encounter made me question the modern day disease of experiencing life through the lens of our camera phones, rather than actually being present and living it. Only when McIntyre loses his precious camera does he begin to really experience and be part of the world he is so hopelessly lost in. How much of MY life is lost or not fully experienced because I am submerged in a world of technology, rather than really living, breathing, hearing, feeling and being part of the world I inhabit? This show feels like an invitation, perhaps a demand to be much more present in our world. And I really was fully in the moment with this performance. The two-hour show with no interval felt like it passed in no time at all. 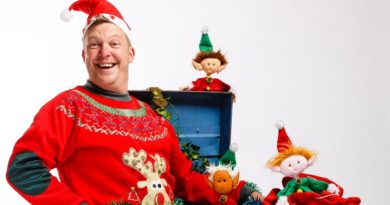 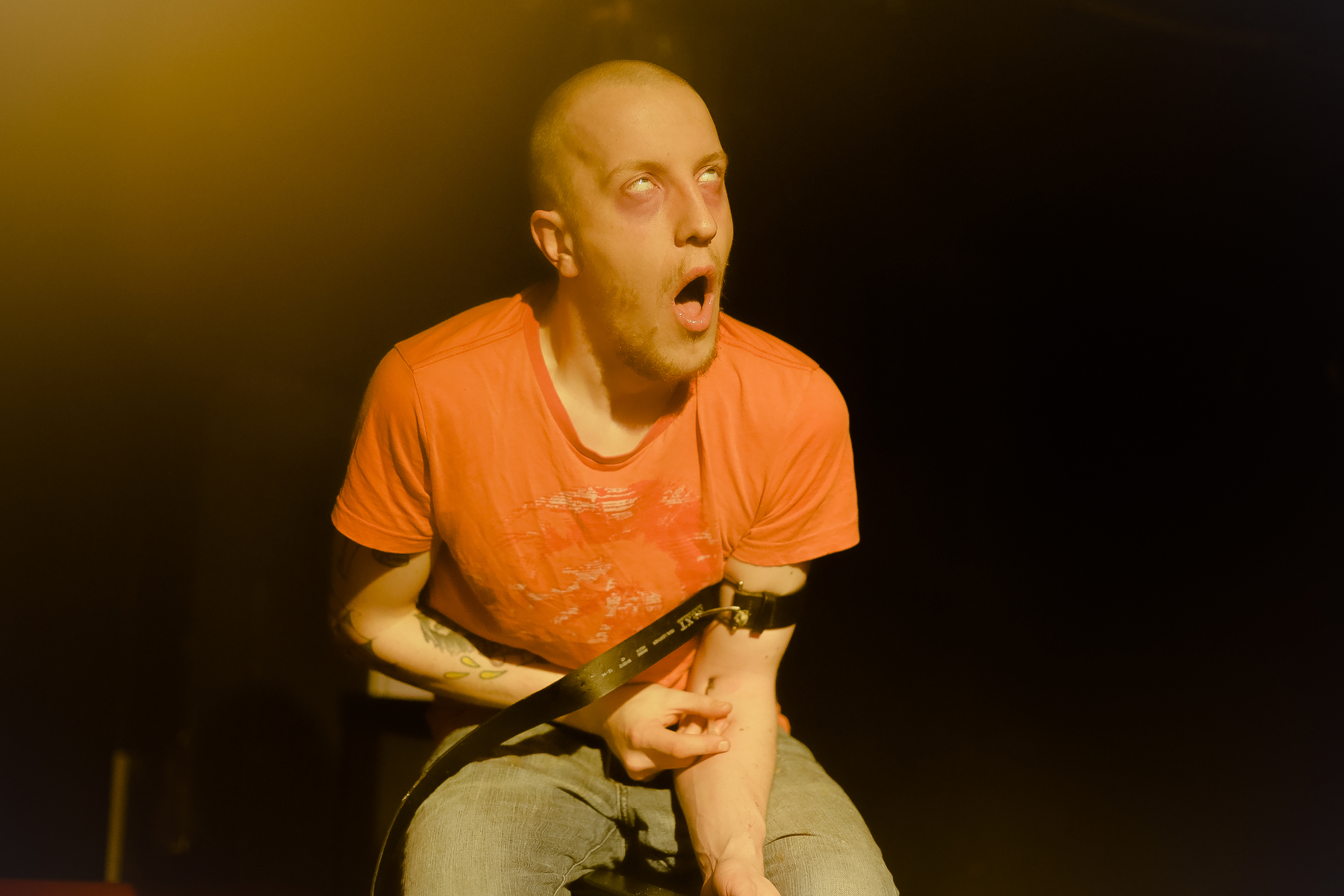