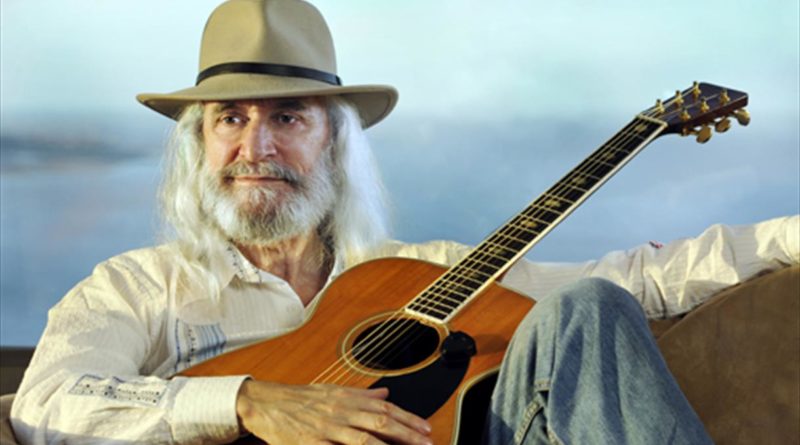 I was only introduced to the song writing talent of Charlie Landsborough last year, when I had the opportunity to sing the hauntingly beautiful “Song of the Ocean” with a local singing group, so going along to a show on his Farewell tour was a must for me.

At 77, his voice is still strong and mellow, and I enjoyed both the musical performance and the different genres that he covered so effortlessly, although some of the gospel inspired lyrics did jar a bit at times; my infuriated mother always believed she was dealing with a Pagan child, and was never contradicted!

The bluesy ballads were much more to my taste and, as a very regular visitor to the Playhouse over the years, Charlie has an intensely loyal local following, who were out in force to wish him well in forthcoming retirement and to celebrate his final appearance.

Being a very laid back Liverpudlian, Charlie’s stage persona is one of a family friend, and each song that we were treated to has been inspired by someone he has encountered along the way, from “I Will Love You all my Life” for his wife of 52 years to “Passing Through”, which came from a chance encounter at an airport with someone en route to his brother’s funeral.

This background information made each song just that bit more poignant, as did the dedications for people who had requested a mention, at least initially. However, there is such a thing as overkill, and this list just went on and on.

I also struggled a little with the constant lengthy jokes that the audience were bombarded with and several more songs could have been included in the show without this rather tedious aspect, but to be fair, all were received with great enthusiasm by his adoring fanbase!

It was one of those shows that provided a happy evening of entertainment for an older audience and the warm familiarity of the redoubtable Mr Landsborough was a pleasant experience, but I left wondering if he had chosen exactly the right time to hang up his hat. Enough said, I think.

Johnny Got His Gun at The Brewery Theatre