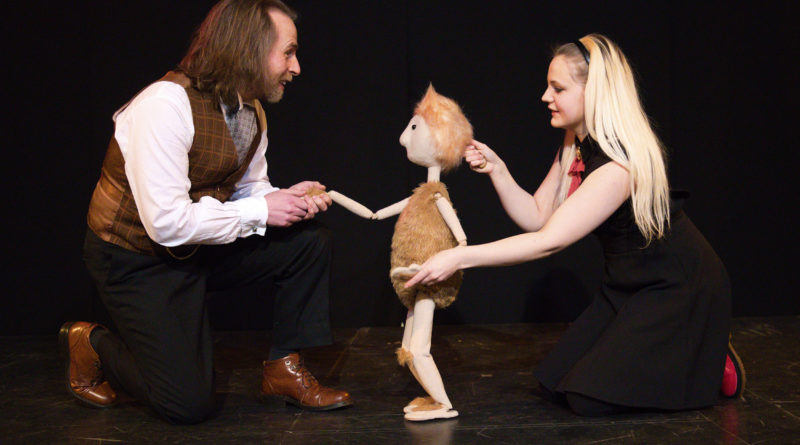 Award-winning, innovative family theatre company, Mumblecrust Theatre, return to North Somerset this Easter break with their premiere of that almighty classic, The Time Machine. We had a chat to Katie to see what’s going on!

The clock is ticking; The Time Machine premieres at Theatre Shop Clevedon this Easter.  Who is it aimed at?
Here at Mumblecrust we like to make theatre for whole families to enjoy together, but with an emphasis on 7-11 year olds. We find there’s a lot of theatre out there already for very young kids but not a lot for Key Stage 2! It’s suitable for ages 4+ so younger siblings, parents and grandparents can come and watch a show together!
It’s brave to take on such a classic novel (and film!). Why The Time Machine?
We absolutely love the story, and after our last show, The Tale of the Cockatrice, which is based on an old English legend, we really wanted to try and tackle a piece of classic literature. We’re both massive sci-fi fans, and HG Wells is the father of sci-fi! He invented the concept of time travel with this book and it’s aged so well. Even though it was written over 100 years ago, the character in the book travels to the year 802,701AD, so it’s still as distant a future as it was in Victorian times. When you consider that we’ve already lived through the ‘future’ in Back to the Future 2, it’s amazing that HG Wells’ had the foresight to go so far ahead!

You did The Time Machine workshop with local children at Weston Museum recently. How did that go?
We had a great time at Weston Museum. We had kids as young as 6 along with teenagers, so we got an amazing insight into young people’s ideas of the future, and the kind of things they want to see in our show. It was an important part of the show’s development and was great fun too!

We love your puppetry. Can we expect any in this production?
There will definitely be puppets in The Time Machine! When the time traveller goes to the future, he meets two divergent species of very distant human descendants – the Eloi and the Morlocks. In the film adaptations, these are both played by actors, but in the book they’re described as tiny! As a company that uses puppetry in our work, it’s great to have the opportunity to portray these little creatures in this medium.
Are there any ‘baddies’ in the show?
It’s so hard not to give too much away for people who haven’t read the book! But out of the Eloi and the Morlocks, one species is very cute, and one is very scary! You’ll have to see the show to find out which one to be afraid of…
If you had your own Time Machine, where (or is that when) would you go?
Unsurprisingly, we’ve been asked this question a lot, recently! I think I’m a bit like HG Wells’ time traveller – he’s not interested in the past, we can read about that already. I want to know what happens in the future! But maybe in 50 or 100 years’ time, not 800,000 years!

The Time Machine is at Theatre Shop, Clevedon, on 19/20 April. Tickets are priced at £5. Book here 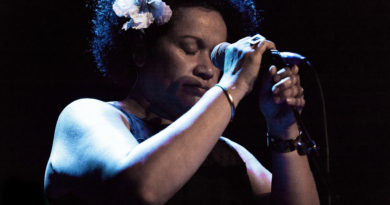 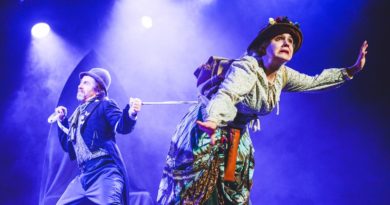