Identity is a complex notion, made up of layers of personal and shared histories. We all have aspirations, that push through lived realities. Our sense of self-perception may not always tally with how others observe, maybe distinguish, us (though it will certainly affect it). Identity is what makes us unique but also what can attach us to others, bind us to a social, religious, racial, gender group.

Bristol Old Vic welcomes a double bill that deals with the issue of black identity from different perspectives, highlighting how people are subject to a wider framework of historical prejudices, caught up in social hierarchies that proceed our births by centuries.

Twenty years ago, a friend asked me, “If you see a black man in a pink tie, what do you notice about him first?” “The tie,” I lied, wanting desperately for it to be fact, not wishing to admit to myself that, yeah, skin colour is an unmistakable truth, whatever your own. Having lived in Cuba as a white- skinned woman and then having worked in an African-Caribbean setting in Birmingham for a year as the ‘other’, I sometimes felt bemused, occasionally entertained, often uncomfortable and self-conscious, once driven to tears of despair. “Who is she?” (What is she doing here?). My whiteness served as a kind of beacon, admittedly sometimes, though definitely not always, a ‘positive’ one, whereby people would want to get to know me better. And, of course, I haven’t lived this every moment of my life, the colour of my skin ordinarily allowing me to become a woman camouflaged within a sea of others.

“What is the first thing you see when you look at me?” asks Miles Chambers, a tall, attractive black man with dreads. Yep.

In Curried Goat and Fishfingers, Chambers pairs up with long-time friend, Dr Edson Burton, to bring us a fresh, fun and insightful treatise into what it means to be a second generation West Indian man in Bristol. Using spoken word poetry, movement (not all black men can dance: myth busted!) and banter, the pair impart their histories, managing to make this an extremely individual journey and a societally shared one. Burton and Chambers, who met at a black writers’ group in the city, are physically very different, which serves to accentuate that, although race is really only part of who we are, it is still important beyond all proportion. As they weave anecdotes from their lives with wider histories, we come to see this as a collective story. Aren’t we all subject to age-old prejudices? Don’t we all have the power to challenge these and to see the individual who stands before us?

The rapport between these two men is so fluent that if it weren’t for Nancy Medina’s direction, you feel that they would struggle to keep on track, getting lost in same differences. And that would have been fine, I could have sat and listened to them all night. Particularly poignant are their poems of love, both told with an easy humour – Edson’s had me quietly seething about his ex-girlfriend who wanted to change him but, finally, dumped him because he wasn’t man enough to know who he really was. I very nearly shouted out, “Darling. You’re too good for her! Come here …” Miles told of the importance of fatherhood, which set emotion so high that my tears of sadness and laughter mingled together, creating an implosion of gratitude that he should share this with us. And the tale about neighbours Iris and Edith, one West-Indian, the other Bristolian, will keep me smiling for days. I’ll be looking out for more performances by either (but, hopefully, both – together) of these men. The perfect double act. 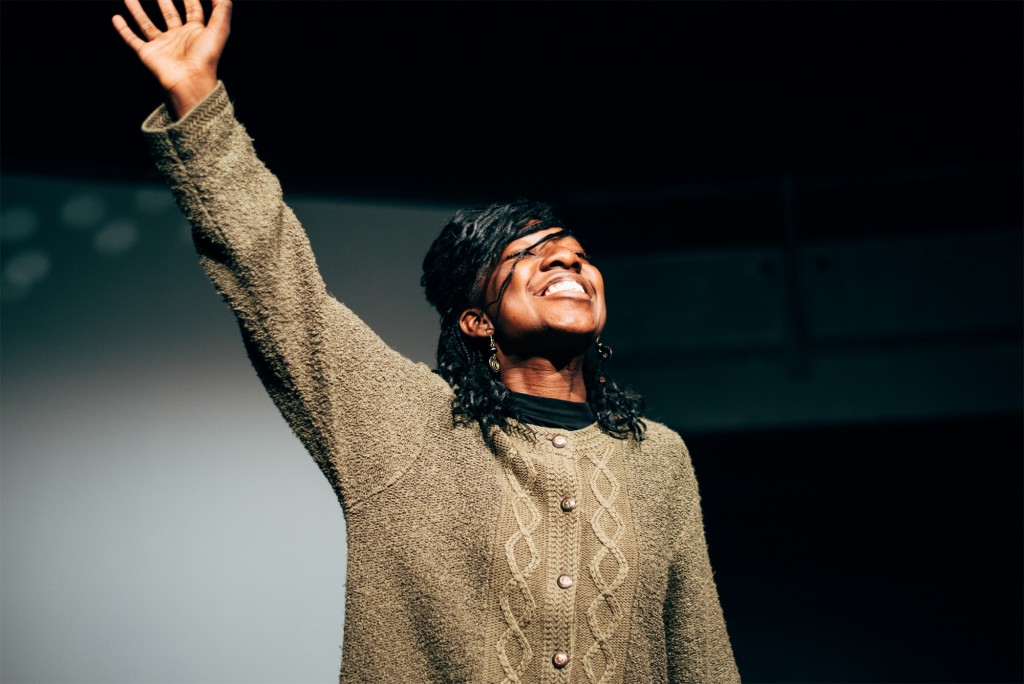 Eno Mfon’s Check the Label is a different kettle of fish indeed. A young black woman, Mfon delves into how perceptions about female beauty within the black community have infiltrated her life so completely, penetrating the epidermis and seeping into every blood cell. Backed up by a series of visual aides, Mfon hand-claps, sings, skips, dances and talks her way through what it means to be a black woman: her kindred want to be just a shade lighter, while their brothers seek out a girl with smooth hair and paler skin. Sometimes devastating, always thought-provoking, Check the Label is a testament to the inequalities of both gender and race, told with passion and urgency. Mfon is extremely likeable in her examination of how sisters can be driven apart in their quest for, if not whiteness, then a lesser blackness, as they ‘relax’ their hair with burning chemicals and dangerously bleach their skin to achieve the impossible and, for the viewer with no first hand experience, the unnecessary. Some of the scenes drag a little but Mfon more than covers this with her affability and importance of message.

It’s a shame that any of this needs to be discussed but discussed it should be until race and gender are no longer divisive and history is rewritten. It’s going to take a lot of work. By all of us. 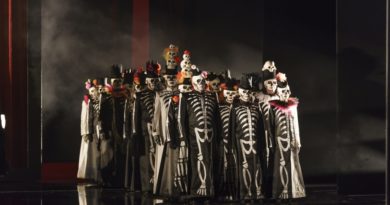 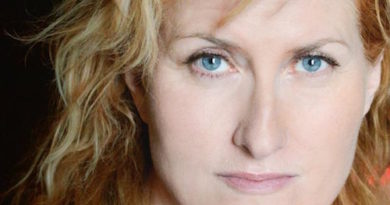