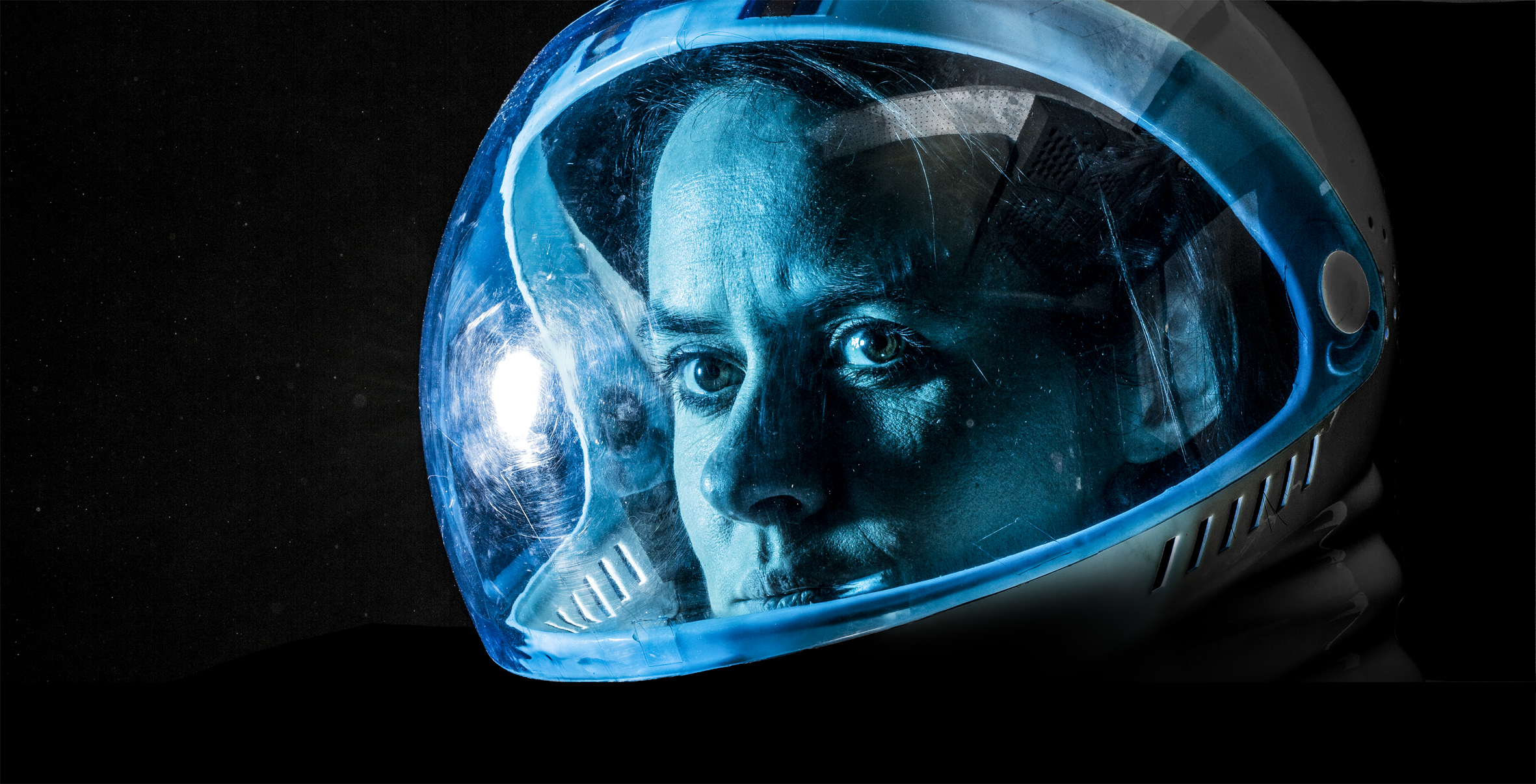 One suspects that a fan of science fiction would be a little awe struck by Dark Land Light House, would already be creating a TV film in her head, would be straight to the box office to book another evening at Bristol Old Vic’s Studio so that she could document all the bits she may have not quite caught this first time, get in code with the language used, picture herself as Teller Ghent, the new lighthouse keeper. My knowledge of science fiction is weaker than shabby but that didn’t preclude me from being wowed by this 1hr 45 minute long (no interval, didn’t need one) tale of what it means to be truly alone.

Teller Ghent has travelled for decades to get to Dark Land, an entity in Deep Space that has no light, no mass, no gravity, is neither a black hole nor a planet, is unmeasurable. Little is known about this place (is it even a place?) that swallows up any ship that comes near, a place that inspires such fear as to merit the lighthouse that orbits it, a warning sign for others to steer clear because to approach it means certain death. For the majority of the thousand years leading up to Teller’s residency, only one lighthouse keeper has serviced this beacon of light at any one time but, even after years of rigorous training, there needs to be a changeover of hands and so Teller spends a short while in the company of the incumbent keeper, Parcival, a man with ten years experience out here, alone.

Parcival, played by Derek Frood, has a haunted look that makes you want to put your hands over your eyes and peek out, needing to know but not necessarily wanting to see. He appears simultaneously ghost and ghosted. Frood cloaks himself in a thick Scottish accent, “Do you like being alone, Laddie?”, and sometimes it’s difficult to understand his diction, which, we decided, was probably the point and added to the confusion and fear that Teller was about to witness.

Jessica MacDonald is fierce in her role as Teller Ghent. Here is a woman who knows that her entire family will, by now, be dead and she can never be anything other than alone. Sure, she has Hypatia (Laura Dannequin), a sentient computer with steadily increasing holes in her memory but, once Parcival leaves, she has no-one. Kind of. She has the Dark Land. And her own memories. MacDonald is brilliant in the role, maintaining the control and strength that Teller would have been trained for, yet expressing such anguish and vulnerability that you worry about her sanity as her inner self battles to keep it together, complete the job.

There is a lot of space in this performance. Never empty space. Like the Dark Land, something fills in, something almost imperceptible. There are mind-messing slow movements, gazes that seek answers, nerve-wracking ‘what next?’s. And then, there is light and sound, both of which play an enormous role in this production; Composer North Sea Navigator, Writer/Composer/Sound Designer Timothy X Atack, and Lighting Designer Ben Pacey, must have worked tirelessly with Director Tanuja Amarasuriya to create this audio-visual assault. The music becomes ever more prominent as Teller’s time spent with the Dark Land increases, so much so that it morphs into another character, writhing and screaming, “Confusion! Think! Think!Think!” But don’t think too much …

And this is a lighthouse in the deepest Dark so, yes, those beams should be prominent, streaming up into the abyss, begging to be seen, needing that connection! Clever work. As is Rod Maclachlan’s Projection Design – faces on huge screens, sporadically bringing us the Memory of Hypatia, a device that adds another dimension to make the stage burst with an energy that has already been and a light that has already died, the past and present mingling.

Well written and acted, this is an unusual piece of theatre that deserves to be seen on stage and, who knows, on the screen too. One day? 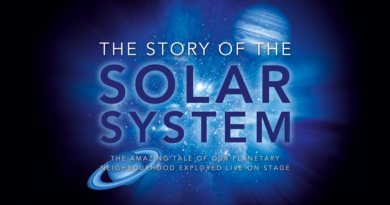