You know when Tommy Cooper does magic that seemingly goes wrong but you’re keenly aware that his skill is so well honed that no-one else would be capable of performing like him? That subtle nod of the head and dismay in the eyes that’s so hilarious that you might have even forgotten what he was supposed to be doing in the first place because you’re so lost in the moment? Well, that’s part way to describing how Le Navet Bête makes us feel every time we see them perform live, always managing to combine a talent for writing, music, clownery, acrobatics, acting, play and downright silliness to produce some of the best family theatre around.

This troupe of extremely funny men is back at the Tobacco Factory Theatre with their take on that old comic book hero, Dick Tracy. Dick, played by Dan Bianchi, works like a dog to solve crime in his city, much to the dismay of his doting and very-much-in-love girlfriend, Tess Trueheart (Matt Freeman). A gang led by Big Boy (Nick Bunt) aims to confuse the great detective and land him in trouble with the Chief of Police (Alex Dunn), who, it turns out, is also the father of Tess. These four actors take on more than one role, using an impressive collection of masks and outfits, which they change into with flash lightening speed (or sometimes they don’t quite manage it but that is all a clever part of the show).

And that really is the point to Le Navet Bête: the way that their pantoesque comedy blurs the line between that which is practised to near perfection and that which is error. Was that supposed to happen? Usually, one feels that, yes, that ‘mistake’ was all part of the act, planned all along. This is very British humour, madcap. The tomfoolery of these men leaves me crying with laughter, literally. And Dick Tracy is no exception. After a glorious dance routine near the end of the first half, my 8 year old was still in fits of giggles a couple of minutes into the next scene, while I continued to wipe my eyes. Them boys; they get us every time! All of this is crucially held together by the technical wizardry of Alex White, whose sound effects, in particular, make this a comic strip truly come to life on stage.

Expect audience participation (yes, I was highly jealous of the boy who got to get up on stage to take a selfie with them), be prepared to be sprayed with (non sticky) food, be happy to shout and clap and join in the fun, be ready to cover your ears when the explosions come, luxuriate in the inevitable Dick jokes, revel in the clever scenery. This is the biggest end-of-show applause I’ve heard at the theatre for quite a while. And very well deserved. My only wish would be more acrobatics and to see Matt in a leotard again but, what the hell, he does make a rather beautiful woman.

– Dick Tracy shows at Tobacco Factory Theatre until 30th May 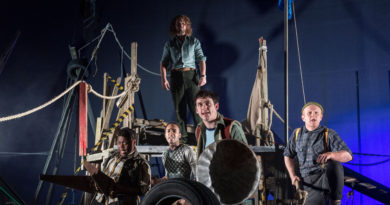 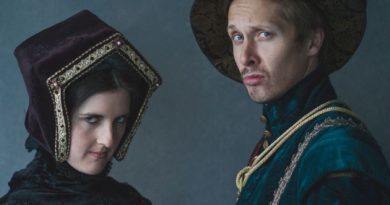 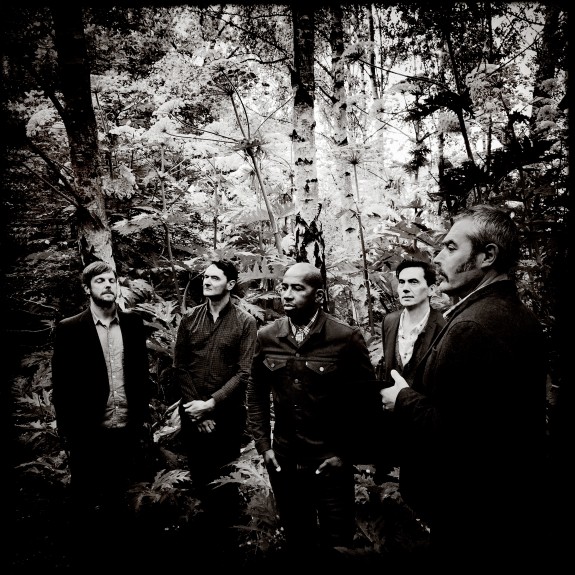