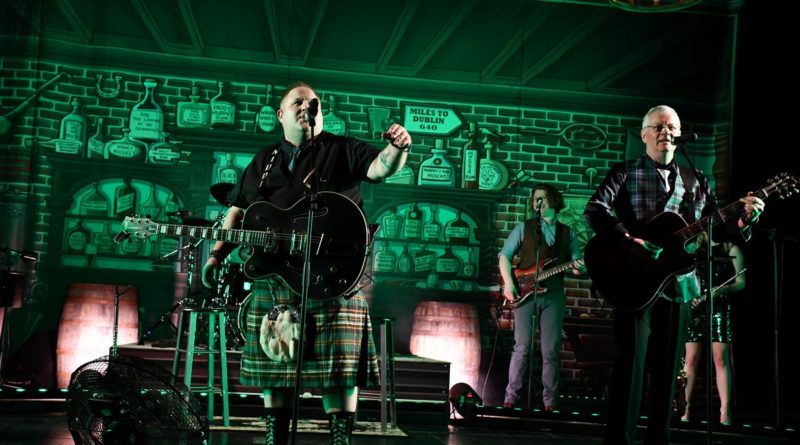 The setting for this show was a simple backdrop of the interior of a traditional Irish pub, but my first thought was that it was a bit too bright and overly emphatic; sadly, this pretty much sums up my reaction to the whole performance!

The start was promising, with talented young fiddle player Sophie Ball and laid back guitarist John McCrae playing a beautiful acoustic medley of iconic tunes, which were hummed along to enthusiastically by the predominantly older audience.

They were joined on stage by a keyboard player, flautist/saxophonist, drummer and base guitarist, and then came the grand entrance of singer Middi to complete the line up of the Wild Murphys.

The content of the show was great, with a pleasing mix of traditional Irish classics and more contemporary songs, but the imbalance of the line up soon began to tell it’s tale, and a few members of the audience began to creep out for protracted “comfort breaks”; some never to return.

As a vocalist, Middi had a strong voice, and had no problem with maintaining a tune, but his mumbled delivery of lyrics was irritating, and the emotional pull that is so necessary to Celtic folk music simply didn’t happen. To quote his own words, “I’m no balladeer”, and sadly, I agree.

For die hard lovers of Irish music who know every word to every song and are just out for a sing-along evening, this band might just work, but I left the show a disappointed woman – what a shame! 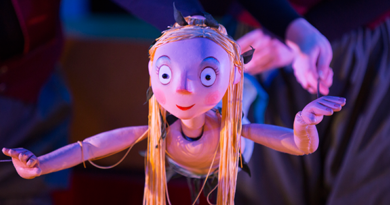