A silent auction was held to raise funds for The Royal British Legion and the poppy was sold for an undisclosed sum to Weston estate agent, David Plaister. 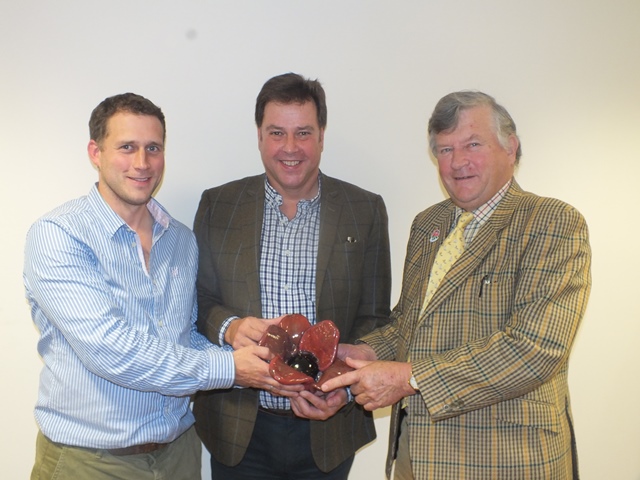 Poppies became synonymous with great loss of life in war after flowering in the war-torn battlefields of Europe at the end of the hostilities in the spring of 1915.

Puxton Park therefore hope the joint project will commemorate the fallen of the First World War by leaving a lasting ornament for people to enjoy.

Puxton’s Alistair Mead said: “We would like to extend a huge thank you to Sharon Crapanzano of Bristol Blue Glass for creating this wonderful glass poppy.

“The silent auction has raised funds for the Royal British Legion and the commemorative poppy will now be a lasting reminder of those who fought and died during the conflict.

“Mr Plaister will display the poppy and his estate agent offices in South Parade, Weston.”