A circus on a pirate ship, a boy left to row his way to France and a journey on the Orient Express with an eccentric aristocrat and .. oh yes, 6 escaped lions. These are some of the adventures of Charlie as he searches for his parents who have been kidnapped by the all powerful ‘Corporacy’, in a slightly menacing dystopian London set in the near future.

Charlie is an ordinary, likeable boy, with the exception that is, that he can talk to cats, all cats, including the aforementioned lions. The action proceeds at a cracking pace and includes lively performances from the cast. It is coloured by excellent live percussion throughout.

This is an imaginative and vigorous production which rattles through a rather complex plot which would not suit younger children however it is a satisfying romp for those over 10+.

The lizard spoke lots of languages. Charlie’s parents were in cages at Corporacy which had computerised locks. The lizard set them free by speaking to the computer system.

They projected a ladies face on to a drum – the lights and the cameras in the scene were great. 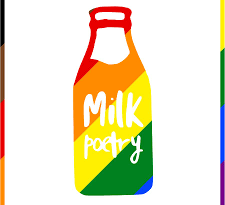 Rainbow Milk at The Wardrobe Theatre