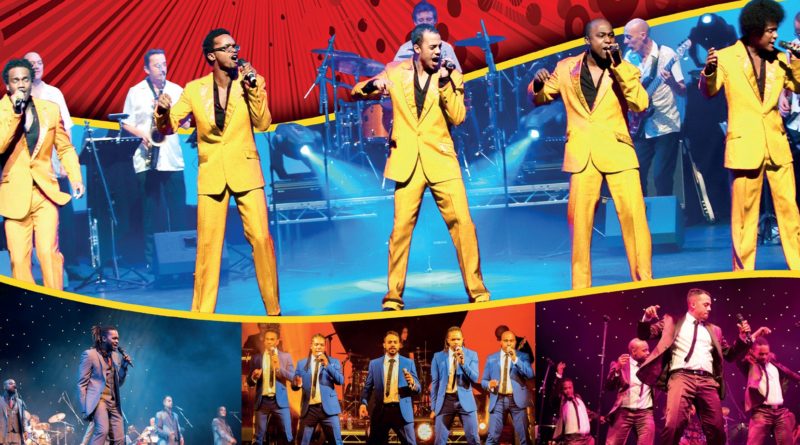 Well, in future, I think a risk assessment might be called for, because this show is not a performance, it’s one hell of a party!

A simple set, a mean and moody sax opening and microphones on the stage … then 5 vocal gymnasts burst onto the stage, resplendent in electric blue suits, launch into “Papa was a Rolling Stone”, and a legendary night at the Playhouse has begun.

The choreograpy was slick, the vocals versatile, the change of dress at the interval reflected perfectly the development of Motown style and influence,(boy, was I grateful to see the back of those blue suits!) and the singers and the band had a great vibe going between them.

Featuring classics from The Four Tops, Smokey Robinson, The Jackson Five, Lionel Richie, Stevie Wonder and Marvin Gaye, to name but a few, the vocalists looked good, sounded good, and certainly did the audience good as, by 9 pm, every person there who was even vaguely mobile was up and grooving in fronts of their seats or in the aisles, and I swear the balcony was actually vibrating at one point!

The audience, not surprisingly, was predominantly well into middle age, although there were a few younger folk dotted about, who occasionally squirmed at the sudden rejuvenation of their older companions, but were soon persuaded to join in the fun and encourage the mass “Dad dancing” which was certainly vigorous … “Love Machine” in particular had to be seen to be believed!

The interaction and repartee between the singers and with the audience was superb – they really made you feel that they wanted you to have a great night in their company, and they knew how to make that happen with knobs on.

This morning there will be a mass outbreak of aching joints, creaking hips and nagging knees, and that will be a minor price to pay for being present at such a joyous occasion. Roll on a return to Weston for this show which delivers 100% in all areas!

You can see what else is on at The Playhouse, Weston here

Lorraine and Alan at The Brewery Theatre 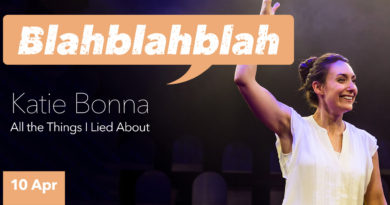