The Visit England survey compiles a list of the most visited attractions across the UK, and in the South West region Puxton Park was ranked 12th paid-for attraction.

According to the recently published Survey, Puxton was also the only paid-for farm attraction to feature in the top 20 list for 2014.

Its visitor numbers first spiked during the two week Easter school holiday when 25,000 people attended during the unseasonably warm weather.

The busiest day, on Easter Monday, saw more than 2,000 people visit in one day alone, and this surge has since continued throughout the summer holidays.

Puxton’s Alistair Mead said: “This year we have welcomed an exceptional number of visitors demonstrating that we are a highly popular attraction to visit.

“We are pulling visitors from all over the UK and our exceptional feedback helped us to receive the 2015 Certificate of Excellence, the highest accolade given by online travel review site TripAdvisor.

“We are committed to offering fun for all the family and hope we will have many more busy years to come as we expand and invest further into our facilities.” 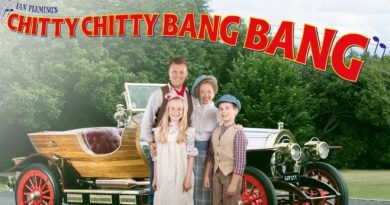