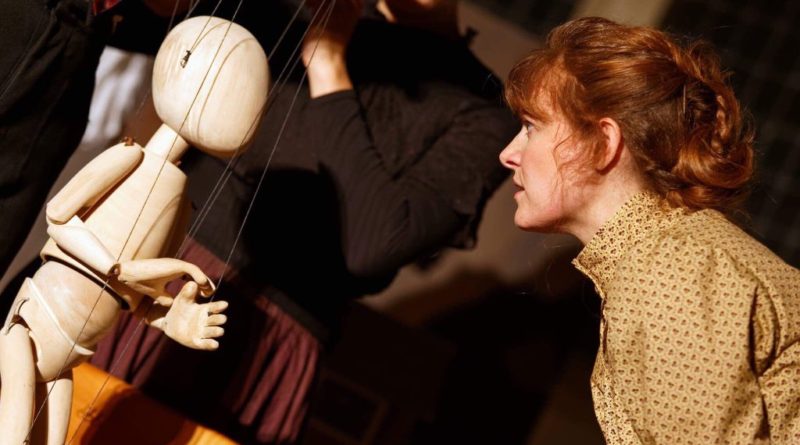 A classic gothic horror story set in a cemetery …

We arrive at Arnos Vale at dusk and I fancy I glimpse a bat expertly bombing over our heads. We sit in the Atrium Cafe, waiting to be called outside, close to the gravestones, where Henry James’ The Turn of the Screw will begin, Florence begging Douglas to tell her a scary story. He concedes and the young pair then lead us into the Chapel, a small part of which has been converted into Bly, the house from which the story unfolds in the words of The Governess.

Bewitchment, Enchantment, Concern, Fear – these are the states in which our storyteller finds herself, drawn to her exquisite charges, these angelic orphaned children whom she must protect with no help from their absent uncle, her employer. But there are dark forces at play as it becomes clear to The Governess that the young inhabitants of eerie Bly are possessed by the spirits of former Governess, Miss Jessell, and handsome local man, Peter Quint. Forming relationships with the pair in death as they did in life, the children step in and out of character, swapping places with the dead people.

Red Rope Theatre’s new adaptation of this James’ classic is fronted by Rebecca Robson as the troubled Governess (she’s also responsible for this the literary adaptation), with Lois Baldry and Zach Powell admirably taking the roles of every other character in the story. There is no confusion as Baldry morphs from Grose the Housekeeper to Flora the child to Miss Jessell, no bafflement when Powell shifts from Miles the boy to Peter Quint: if the boundaries ever blur, it’s because they are supposed to, as one becomes the other in the mind (?) of our Governess. A white cotton dress represents Flora, a servant’s uniform is Grose, expertly handled and voiced by Baldry. Why the boy should then be a wooden puppet rather than, say, a pair of trousers and a waistcoat, we’re not entirely sure but Powell is equally adept at bringing him to life. A good and solid performance from all three actors – how on earth Robson, in particular, manages two shows tonight is almost as much a mystery as the play itself. She must be exhausted!

A doll’s house is central to Jenny Davies’ simple and effective set, children’s toys dotting the creepy chapel stage, a chair – there isn’t need for much more, the chapel IS the stage, the thrill is in just being here, watching a ghost story. And it’s all very intimate – we so close to the action.

James’ story has little closure and we’re never really sure whether the ghosts are formed of imagination, questions are left unanswered in the book as in Red Rope’s telling of it. I would like to have seen more spaces in between, more silences, time for reflection. This would have added to what is a memorable theatre trip in the most magical of venues. 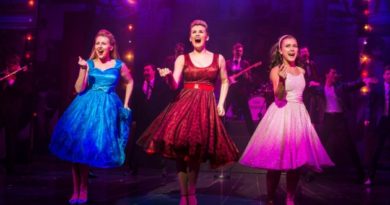