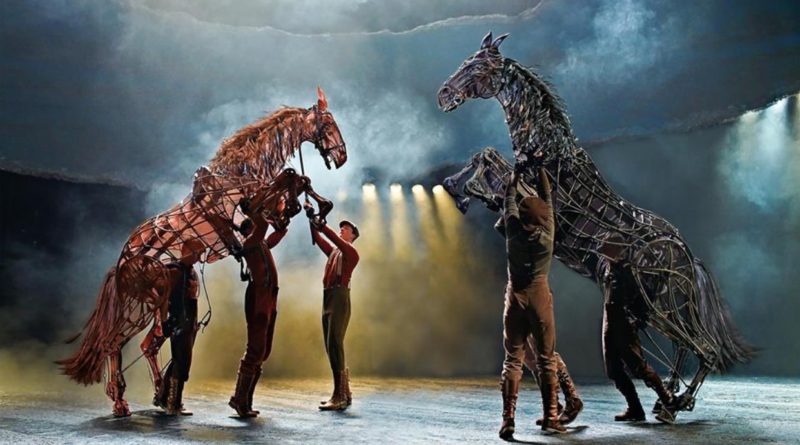 We first saw Nick Stafford’s adaptation of Michael Murpurgo’s WarHorse when it was beamed into the Odeon cinema from the National Theatre in early 2013. The story captured us; Handspring Puppet Company’s creations even more so. A couple of weeks later, we went along to Bristol Old Vic to meet the puppet Joey, the horse at the centre of the piece – that majestic wooden hunter, standing head and shoulders above every human and manipulated with grace by three puppeteers – one at his head, one at his heart and one controlling Joey’s hind.

My daughter was only seven years old then and the wonder of what we had seen never left us. Finally, now, we get to watch the production itself, here at The Bristol Hippodrome, near the beginning of WarHorse’s second UK tour.

Set between 1911 and 1918, this story of friendship, strength and death focuses on the boy Albert Nerracott’s relationship with his horse, Joey, starting in a bucolic Devon and moving onto the battlefields of Northern France and the horrors of the Great War. Joey is sold on to the British Army at the onset of war in August 1914, fetching a princely sum to Albert’s gambling ‘coward’ of a father and the boy is utterly distraught but Lieutenant Nicholls has promised to look after Joey. Anyway, they’ll all ‘be home by Christmas’. When Nicholls’ sketchbook arrives from the Front to Albert’s home, he realises that Joey’s protector has been killed so, ripping a drawing of Joey from that book, he enlists, although underage, as a method of getting to France and finding his equine friend.

The ripped out page is important in that Joey is the reason for the story and that snippet of sketchbook is given pride of place above the stage – transforming into a 25 metre screen onto which the setting of WarHorse is projected; the galloping pace of the scenes become easily communicated to us through Rae Smith’s incredible design, her increasingly grainy and dark drawings showing us where and when we are as we follow the story from the English countryside to the bloody murk of France. Paul Constable’s lighting design and Christopher Shutt’s sound compliment Smith’s work to create an immersive experience, as we laugh and cry in this relentlessly emotional piece of live theatre. The end of the first half is heartbreaking; all the elements weave together to make it so.

The costumes, too, stand out here – the 2 dozen-strong fine cast decked out in muted colours, the colours of nature, one supposes. Joey’s puppeteers blend into him as do Topthorn’s, that other horse who becomes his wartime companion. Every member of the cast acts her part with respectful passion for the story. Thomas Dennis in the role of Albert is an innocent in love, his mother Rose (Jo Castleton) maternally supportive of her child and you really do feel that the fated Lieutenant Nicholls, played by Ben Ingles, is determined to do right by Albert, by Joey.

But the puppets are the thing. Joey and Topthorn are just remarkable; foal Joey morphing into the full-grown beast is a real ‘GASP’ moment. Handspring’s work is a sight to behold and if this show ever stops touring, these structures must surely become exhibition pieces. Although, as our irrepressibly fabulous co-director Tom Morris (with Marianne Elliot) says when he talks to us after the show, it’s the skill of those puppeteers that mingles with the imagination of the audience that really transforms the wood into living, breathing animals. Look out for Billy Irving as the goose too, because he brings a lot of much needed humour into this touchingly sad story.

WarHorse is a national favourite and it is very, very easy to see why. This is a treasure to be proud of.

WarHorse shows at The Bristol Hippodrome until Saturday 11th November. 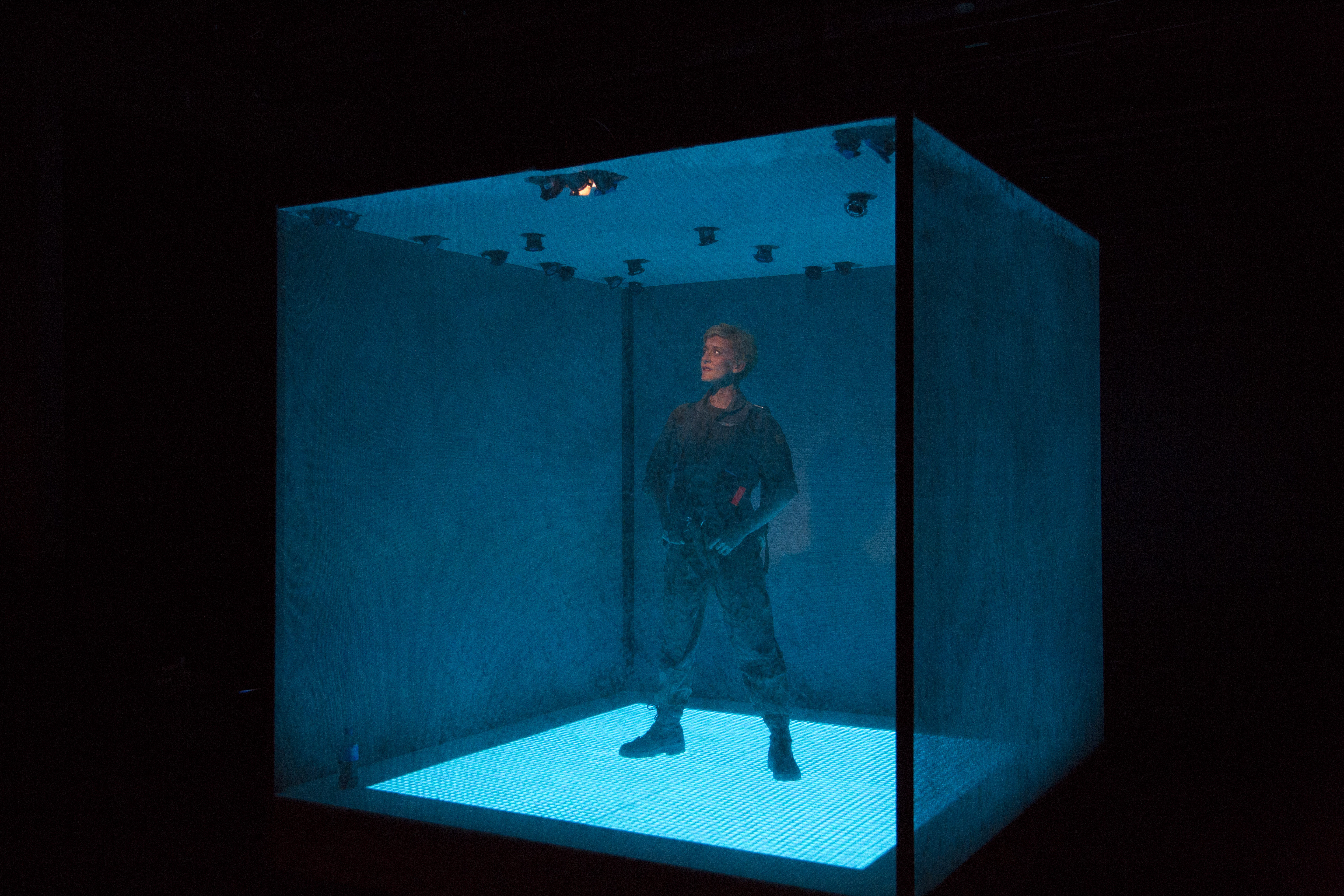