Bristol’s St George’s is full tonight, parking was a more challenging than usual, and there’s barely room to move as people queue to enter the auditorium. It’s so full in fact, sold-out, that our seats have been given to someone else and we have to perch on the bench at the very back of the hall (thanks Joe on the auditorium door, and the box office staff for doing everything possible to get us seated)

Everyone is here to see Ute Lemper, actor, star of musicals, and chanteuse perform her ‘Last Tango in Berlin – The Best of Ute’ not something I might normally get excited about, but it would be silly to miss a singer of this quality in our own backyard.

If you were asked to imagine a German cabaret singer you’d almost certainly have a picture of Ute Lemper in mind, both my plus one and myself couldn’t help but compare her appearance tonight to that of Jessica Rabbit, just much less rabbity. Dressed in a long split dress she looks every inch the classic cabaret act. I was in Berlin in the mid ’80s as a 17 year-old, I didn’t see anything like this – I didn’t try hard enough!

I’ve previously criticised the venue for being too brightly lit but it works very well tonight to show off Ute & her supporting musicians perfectly.

The music is a mix of songs in French, German and English, and it’s obvious that Ute is fluent in all three. I favour the songs sung in German, my companion loved those in French, a lot to do with those being the languages we speak, respectively. The songs invariably lose a little in translation – the meaning comes through, mostly but some of the word play suffers. The Moritat von Mackie Messer just sounds so much better, how Brecht intended it, than any version I’ve ever heard translated to English.
I am aware that I’ve learned quite a bit about the origins of the songs we heard, and what they mean to Ute as she schools the audience as she introduces each song. It certainly doesn’t detract from the experience; it’s great to be able to understand the context of what we hear, although sat so far back, behind the audience, it was difficult to hear Ute’s softly-spoken commentary, pitched perfectly, as it was, for those in the paying seats.

Ute sings playfully at times, her jazz improvisation is stunning, mesmerising; in fact I struggled to remember any detail as the performance came to a close as I seemed to go into a bit of a trance, enjoying the moment rather than trying to analyse it in any meaningful way.

I know that I smiled for most of the performance, and left with a new appreciation for a genre I’d not normally seek out. 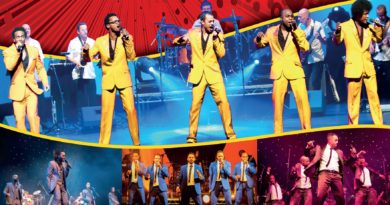 The Greatest Hits of Motown: How Sweet it is at the Playhouse, Weston 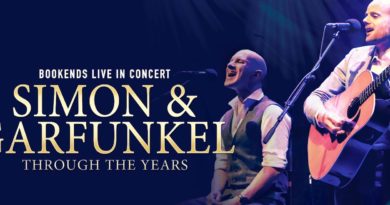 Simon and Garfunkel: Through the Years at The Playhouse, Weston

One thought on “Ute Lemper at Bristol St George’s, Bristol”